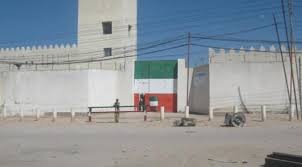 Regional courts in Hargeisa & Buroa previously sentenced the six inmates to death and the appeals they lodged were exhausted.

A statement released by the prosecution of the execution, the executed were all convicted of deliberate killings. The details of their crimes were listed as below:

1- Yasiin Mohamed Yusuf
2-Sharmarke Sahal Ogle
3-Qulle Mohamed Elmi
4-Khalid Abdi Haydar
5-khadar Mohamed Warsame
6-Abdikariim Mohamed Mahdi.
The execution, by firing squad, was carried out at Mandhera prison some 106 kilometres east of the capital Hargeisa and approximately a 2-hour drive distant.
It is the second time running that inmates who committed killings were executed under the current administration headed up by President Musa Bihi Abdi.