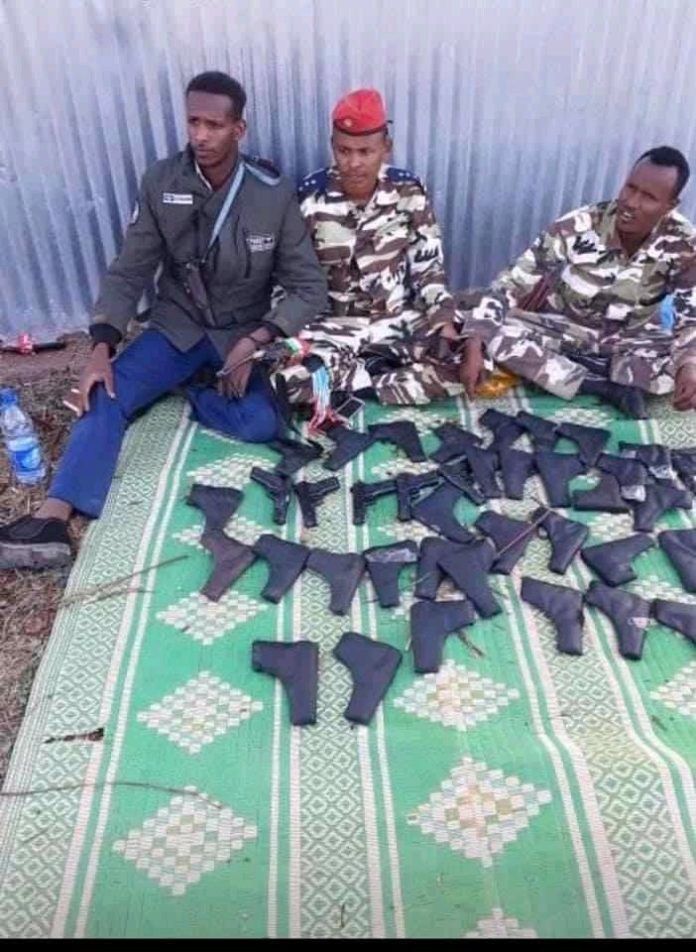 The hilux brand vehicle left from Somaliland and sneaked into the Somali regional state of Ethiopia while carrying illgal arms with the intention of trafficking into Ethiopia’s Somali region.

The Liyuu police intercepted the vehicles, confiscated it and the three men were put under arrest. It is reported that Qaran settlement is close to Wajale, the border township between Ethiopia and Somaliland.

The law enforcement agencies vowed to bring the criminals to court of law as soon as possible.

It is the third time that illegal arms from Somaliland were trafficked into Ethiopia before the police authorities seized.

Somaliland and Ethiopia have relations based on cooperating trade, security which is aimed at combating terrorism in the region.

There is an arms embargo that the UN Security council imposed on Somalia after the country’s central government collapsed in 1991 and later the country descended into anarchy and chaos. 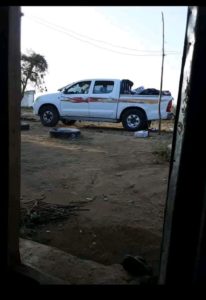 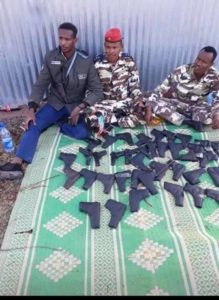 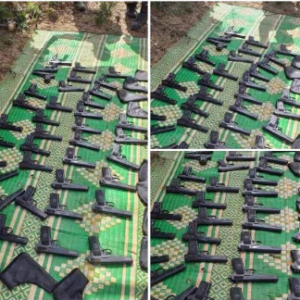