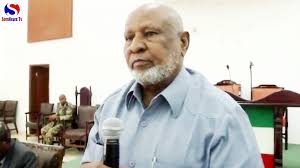 The Prime Minster of Ethiopia, Abiy Ahmed is putting a lot of diplomatic pressure on Somaliland’s government to permit the president of Somalia to visit Hargeisa in the coming few days.

If his attempts succeeds, this will mark the first time a presidnt of Somalia visit Somaliland in over three decades.

This was announced today by the speaker of SL House of Elders, Suleiman Mohamud Aden.

The shocking development comes barely a week after Heads of States of Somaliland and Somalia met in Addis Ababa in the sidelines of 33rd AU summit in Ethiopia.

The meeting was held at the office of Ethiopian PM.

Both Somaliland and Somalia confirmed the meeting and declined to offer details of the gathering.

So far, Somaliland government has not commented yet on Ethiopian request or whether it has accepted.

However, the speaker of the House of Elders, Suleiman Mohamud Aden said the president of Somalia is not welcome in Hargeisa.

He further added the government in the past rebuffed the entreaties of Abiy Ahmed to bring Farmajo to Hargeisa.

The speaker added, that if Ethiopian P insists on bringing with President Farmajo, they will not extend official reception to the later.

He stressed that they will not receive him as a member of Ethiopian delegation.