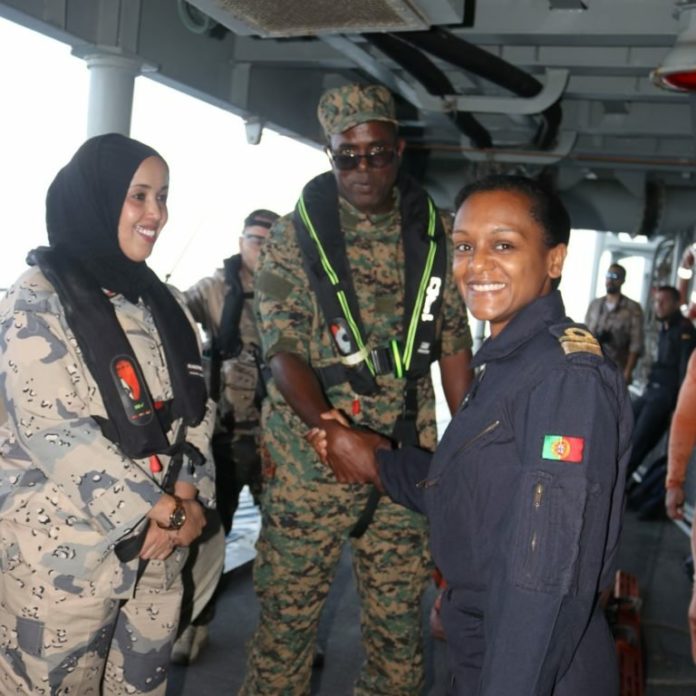 “Close coordination with EUNAVFOR is vital to fight against piracy”
Berbera, 29 January 2020 —In Berbera this week, Task Force 465 Chief of Staff (COS) and other members of EU NAVFOR Somalia Operation ATALANTA met with key actors of Somaliland.
The meeting was attended by Colonel Harun Saeed, Berbera Base Commander; Major Mohamed Ahmed Kahin, Unit Commander in Hargeysa HQ; EUCAP Captain Ronnie Willman and Liaison Officer Ms Zuhuur Udub la Aslay.
The goal of the meetings was to strengthen cooperation between Operation ATALANTA and maritime security authorities in Somaliland, consolidate their relationship and to prepare future training with Coast Guard in Berbera. TF645 COS expressed his deepest appreciation for the close cooperation EUNAVFOR has with Somaliland authorities, acknowledging their essential role in regarding the fight against piracy and other forms of maritime crime.