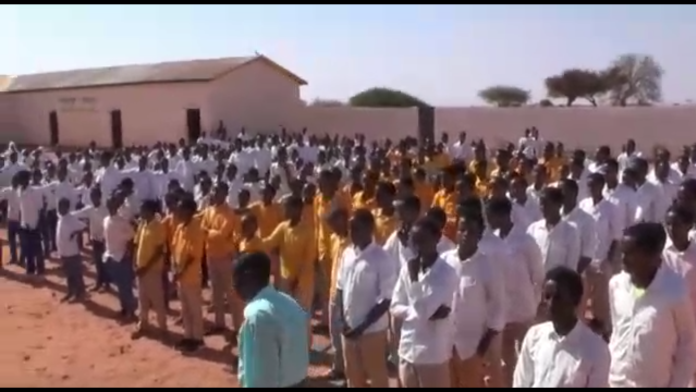 Buhodle– Students in public high and intermediate schools in Buhodle received the first batch of free textbooks distributed by the ministry of education and science. The officials from the education ministry paid a courtesy call to the schools in Buhodle run by the government of Somaliland. The education ministry officials was led by the spokesman of the education ministry, Mr. Ibrahim Haji Hasan. The officials visited and inspected high and intermediate schools and later held discussions with heads of schools. The free textbook distribution ceremony held in Buhodle saw the attendance of police chief, mayor of Buhodle. This is the first time that Somaliland has reached out to students in Buhodle who were yearning for studying materials. The students were lagging behind the rest of the county due to civil wars and lack of authority in the region.