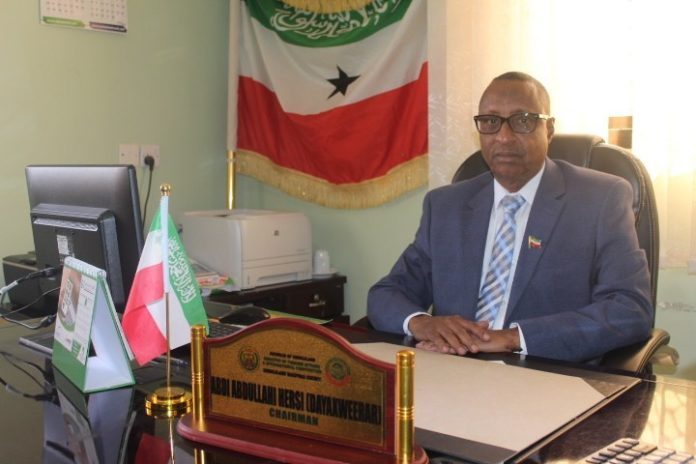 In a statement issued by the Somaliland Diaspora Agency (SLDA) under the Ministry of Foreign Affairs & International Cooperation of the Republic of Somaliland in Hargeisa, Chairman of Somaliland Diaspora Agency, Mr. Abdi Abdullahi Hersi (Dayaxweerar) condemns the brutal attack which 49 Muslims of varied nationalities performing their Friday prayers in two Mosques were shot dead in the City Christchurch New Zealand, and more the number injured, on the Friday noon, March 15, 2019.  So far, three Somalis including two citizens of Somaliland origin are confirmed dead, namely Sheekh Muuse Nuur Cawaale, Islamic Studies Teacher, and Abdillaahi Aden Diriye, six years old whose father is also injured in the leg.  And we are trying to know of further information about Somalilanders among the death and the casualties too.

On behalf of the Somaliland Diaspora living around the world, I am condemning this shocking attack 49 people were killed and similar number injured in New Zealand on the Friday.  We really see it was big tragedy, and mass murder against the lives of innocent Muslims in their Friday Prayers in sacred places in Zealand, and unpredictable.  It was organized terrorist operation and seems Islamophobia based motive attack.  Such an attack should be regarded vital issue, and serve as warning alert for the Western or Respective Governments that are hosting Muslims.

I feel sympathy and have to send heartfelt condolences to the families, friends, communities, states, and all the parties and sufferers of this startling assault. May Allah preserve you all that patience and calmness.