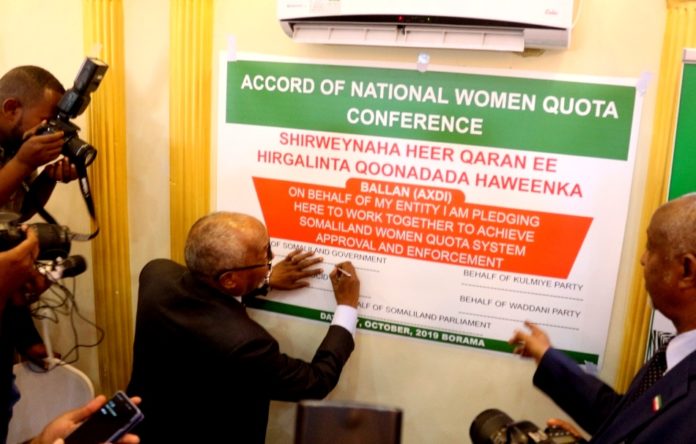 The two-day deliberations of the National Women Conference on Quota Representation came to a close at the Saw Hotel in Borama.

The assembled participants came to a general consensus that it was high time that the female gender fraternity is in-cooperated on quota system such that they may get political representation.

It is worth noting that the President of the Republic H.E. Musa Bihi Abdi had already underscored the need for women quota when he tabbed a motion to the parliament that proposed 3 female members be automatically appointed in each of the six major electoral provinces.

This fact was reiterated by the VP H.E. Abdirahman Abdillahi Ismael and Interior Minister Hon. Mohammed Kahin Ahmed upon the opening of this conference.

The participants were then reminded that even, before the quota proposal, such intention was tabled in the parliament but was torpedoed by the Guurti, the Upper House of the Parliament, which shot down the motion, denying the women the proposed quota.

This conference is indeed the practical step of garnering and mobilizing for national support to circumvent the Guurti and any other underlying opposition to women’s quota representation.

It is to this angle that Hon. Ibrahim Buba, Kulmiye 3rd deputy chairman Hussein Adan-adde and Director of Gender Luul Adan Geedi sounded in consensus a general resolve of seeing to it that women get quota representation.

Hon. Buuba quipped, “The time when traditional leaders dismissed the female gender is over”, and added, “The women should now rally together”.

On his part, Mr. Adan-adde noted, “The government and all stakeholders have resolved to see this cause goes through and the parliament will play its role”.

While Miss. Luul rightly put it “Once it was an issue which would never be debated upon but now we have come a long way”, as she thanked all participants.

However the Nagaad deputy chair Miss. Khadra Omar reminded the participants and the nation at large that it was an issue that called for concerted efforts from all quarters concerned to push further the cause.

She likewise thanked all who participated in the conference and its deliberations.

In fact, two decades ago it was more or else a taboo to bring up this issue given the traditional machosist social behavior of the communities in the country. 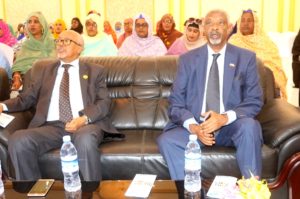 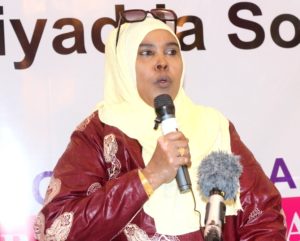 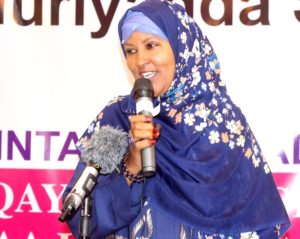 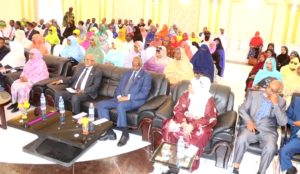 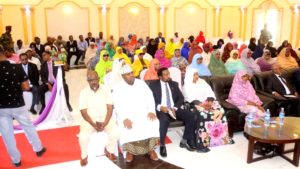 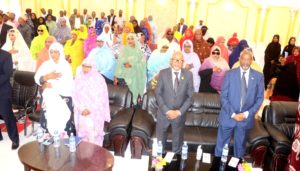 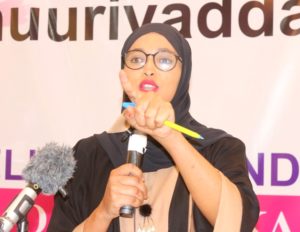 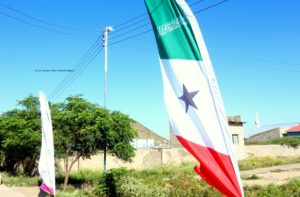 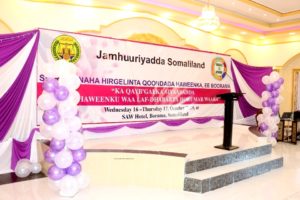 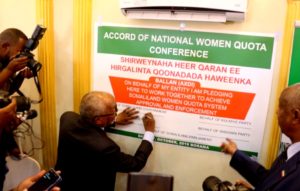 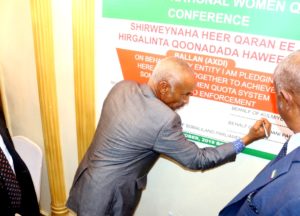 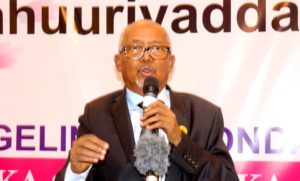 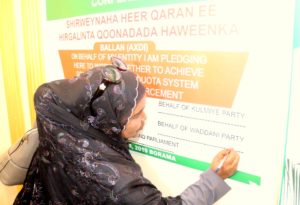