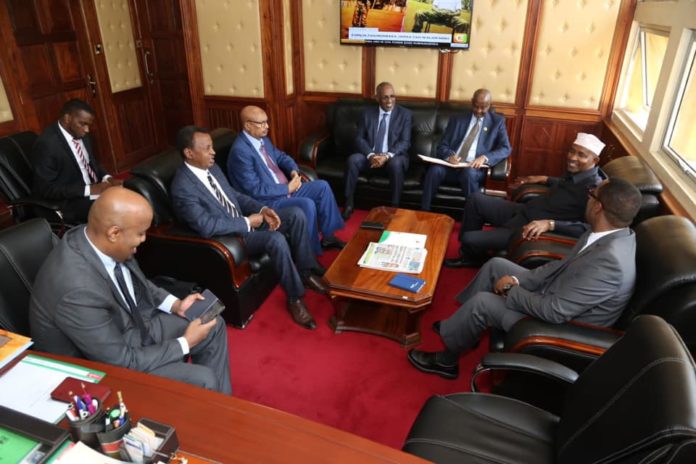 The delegation has met with the Kenyan parliamentary majority leader, Aden Duale, to discuss areas of mutual interest and parliamentary cooperation between Somaliland and Kenya.

Kenya has recently expressed an interest in having a diplomatic presence in Somaliland, in the form of a consulate and several Kenyan parliamentarians attended the May 18th celebrations in Somaliland, along with members of the Kenyan Press.

Somaliland has considerably increased it’s engagement with the Kenyan political establishment, partly due to the sterling efforts of the Somaliland representative in Kenya, Bashe Awil and his deputy, Shermarke Ahmed.

The visit to Kenya by the Kulmiye/UCID delegation is seen as part of the growing alliance between the two political parties in Somaliland.

Waddani, Somaliland’s main opposition party, has criticized the trip as an attempt to persuade the international donors that a two party parliamentary and local councils elections can take place in Somaliland in December of this year, in contravention of the constitution