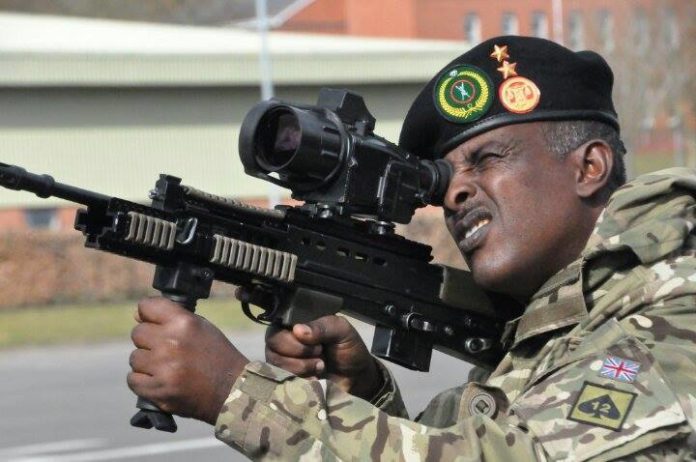 The Somaliland Defence Forces dealt a heavy blow to a militia from the Puntland region in neighbouring Somalia, which has left at least three militia members dead and several vehicles destroyed.

The incident occurred when a militia led by the minister of education of Puntland attempted to infiltrate the area known as Dhamala Cagare.

Somaliland Justice Minister, Abdirisak Ali Abdi was visiting the area as part of the May 18th anniversary celebrations, and his military escorted engaged the militia from Puntland. As a result of the engagement, the militia, which according to reports consisted of at least 15 mounted vehicles, known as “technicals”, suffered heavy losses and fled back towards the border between Somaliland and Somalia.

It has been the tactic of all previous and it would now appear, the current Puntland administration to try and disrupt the celebrations of the 18 of May in the border areas between Somaliland and Somalia.

Meanwhile, as a gesture of goodwill during the Holy month of Ramadan and as part of the 28th anniversary of Somaliland’s reclamation of sovereignty, President Muse Bihi Abdi gave an amnesty to all the Puntland prisoners captured in the skirmishes in Tukuruq, Sool.