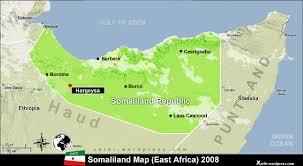 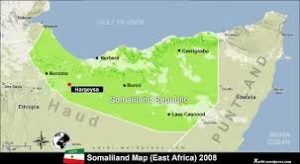 The Partition of Africa began with the Berlin Conference of 1884-1885, and was the cause of most of Africa’s borders today. All the major European States were invited to the conference. Germany, France, Great Britain, Netherlands, Belgium, Portugal, and Spain were considered to have a future role in the imperial partition of Africa. The Partition of Africa, also known as the Scramble for Africa , was a process of invasion,, colonization and annexation of African territory by European powers. The political map of Africa (below) that shows its independent countries had not been drawn by United Nations, African Union or by African nations. It is the result of the European Colonial Occupation that invaded African Continent at the end of the 19th century and divided it up into territories with colonial borders for their own political sphere of influence. When leaving Africa, mainly in the 1960s, the Europeans based the independence and diplomatic recognition of all African emerging countries including Somaliland on their colonial borders inherited from colonial powers.

Proof for Legitimacy of Somaliland Independence and Recognition

Somaliland is located in the Horn of Africa. It lies between the 08°00′ – 11°30′ parallel North of the Equator and between 42°30′ – 49°00′ Meridian East of Greenwich. It is bordered by the Red Sea to the North, Djibouti to the West, Ethiopia to the South, and Somalia to the East. Somaliland has a coastline with the majority lying along the Gulf of Aden (Red Sea). The country is slightly larger than England, with an area of 137, 600 km² (53,100 sq. miles) and with population around 4 millions.

According to the unique history of the continent of Africa, an African country or any other country is recognized as an independent nation when it meets or fulfills the following four (4) requirements:

That it has been colonized separately
That it has its own colonial borders
That it has official proclamation of independence granted by occupying power on specific date
And that it fulfills the Montevideo Convention Requirements on the Rights and Duties of States held on December 26, 1933 which stated that the state as a person of international law should possess the following qualifications:
a permanent population
a defined country
a government
a capacity to enter into relations with the other states.

Somaliland has perfectly fulfilled the four required conditions to be recognized as independent country and that is why it was recognized on June 26, 1960 by the United Nations and many countries of the international community.

The borders of Somalia, Somaliland, Djibouti or any other Africa country have the same international status and legitimacy because they all had been drawn by European Colonial powers. Anyone who opposes the legitimacy of Somaliland borders, its statehood, its independence and its diplomatic recognition is challenging the borders and sovereignty of all African independent states (54 states) whose borders also rose from or originated in their colonial borders. Federal Somalia recognizes the border between Somaliland and Djibouti drawn by France and Great Britain but does not recognize the border between Somaliland and Somalia drawn by Great Britain and Italy. What a laughable historical ignorance! Similarly, borders of the Arab World, Asia and South America had also been drawn by Colonial Powers, mainly by Great Britain, France and Spain.

Distribution of African Clans over Africa

African borders are based on land only. They are not based on clan lineage or on particular ethnic group. There are no clan borders or clan states in Africa or anywhere else in this world. There are only national land-based borders in Africa whose nations consist of many tribes or clans that share common borders, flag, government and sovereignty.

Puntland’s Blind Claim of Sool and Eastern Sanaag in Somaliland

Puntland Administration of Federal Somalia dreams to reunite Harti people (Darod) of Somaliland, Somalia and Ethiopia to create Harti country in the Horn of Africa. Would the United Nations or Africa accept to create Fulani country by reuniting the Fulanis of Mali, Nigeria, Niger, Chad, and Cameroon or Tuareg country by reuniting the Tuaregs of Senegal, Nigeria, Mali, and Niger? The answer is: No. likewise, Africa would never accept that Puntland Administration of Federal Somalia reunite Hartis of Somaliland, Somalia and Ethiopia to create tribal crisis in the Horn of Africa. There is no country in Africa or in any other continent whose population is based on single sub-clan of particular ethnic group or lineage as Puntland Administration of Somalia claims blindly.

The war between Somaliland Republic and Puntland Administration of Somalia is not tribal war but it is border war (colonial border war) between Somaliland Republic and Federal Somalia. If the United Nations or Organization of African Union do not respect and recognize Somaliland borders, emerging from colonial borders as any other African country, then the territorial integrity of each African country would be questionable and would be at risk of dispute and continental disintegration through endless devastating clan wars.

The internal security, stability, and peace of Africa rest on respecting, recognizing and implementing its current borders that rose from colonial borders. If an African country would claim the tribe or clan and its land located in another African country, the continent would fall to endless devastating, bloody clan wars, violence and anarchy. The African continent would not exist as we know it today. The peace and stability of African states depend on respecting and recognizing colonial borders. United Nations and African Union should not allow any country like Somalia or any other country to redraw African colonial borders to avoid the danger of plunging the continent into endless clan wars and anarchy.

African Union and African leaders claim that if Somaliland is recognized, it would shift or change the borders of current African independent states inherited from colonial powers leading to instability and political unrest in Africa. If that claim were true, why did not the recognition of South Sudan and Eritrea change the borders of Africa and cause instability and political unrest in African continent? Senegal and Gambia founded federation or union in February 1982 calling it Senegambia. That union was dissolved in September 1989 after disagreement and each country regained its original independence and diplomatic recognition without changing the borders of Africa. So, why not Somaliland retaining its independence and diplomatic recognition achieved separately on June 26, 1960 after withdrawing from the union with Somalia?

Somaliland is not a secessionist or breakaway region from Somalia but Somaliland just withdrew from the union with Somalia after Somalia grossly violated the union and committed injustices and atrocities in Somaliland between the years 1960-1991. If Nyanza Province of Kenya or Arusha Region of Tanzania or Puntland province of Somalia secede or break away from their own respective countries, they would definitely qualify to be secessionists, separatists or breakaways and that would change or shift the colonial borders of Africa inherited from colonial powers and that would create instability and political unrest in the continent of Africa because these provinces share history, colonial borders and independence with their own respective countries.

The Arab World, which has nearly 17 independent countries such as Algeria, Bahrain, Egypt, Iraq, Jordan, Kuwait, Lebanon, Libya, Morocco, Oman, Qatar, Saudi Arabia, Syria, Tunisia, United Arab Emirates, Yemen, and Sudan share same language, religion, culture, and color but have separate independent states. They have different independent states, flags, governments and borders. These countries do not share federal systems or unions for fear of injustices and disagreements. Only justice and fair power-sharing are the most important factors for a union to survive and that is what Somalia failed to understand in the years of the union.

The declaration of Organization of African Unity (O.A.U) in 1964 on African Borders was the formal acceptance of the existing colonial borders inherited from colonial powers on which independence and recognition of each African country were based including Somaliland. That declaration had nothing to do with unifications, federations, and unions between two or more African countries like the failed union between Somaliland and Somalia formed unthoughtfully and hastily in 1960. A union or federation could be dissolved anytime if the sides disagree each restoring and retaining its original independence, diplomatic recognition and borders. That declaration reinforces the rightful claim of Somaliland to be recognized as independent nation based on its colonial borders. That declaration does not prevent

Somaliland from withdrawing from the union with Somalia and restoring its independence and diplomatic recognition achieved on June 26, 1960. If Uganda and Kenya share union today and after some time they disagree and dissolve that union, each would still retain its independence and diplomatic recognition as a nation on its own colonial borders. United Arab Republic (U.A.R.), a political union of Egypt and Syria proclaimed on Feb. 1, 1958, and ratified in nationwide referendum ended on Sept. 28, 1961. Syria seceded from the union after the 1961 Syrian coup d’état. After dissolving the union, each country retained its original independence and recognition status.

Somaliland Declaration on the Origin of African Borders declares that Somaliland borders have the same international legitimacy and legality with the borders of all independent African Countries that originated in the colonial borders drawn by European Colonial Powers and, for that reason, Somaliland deserves diplomatic recognition of the international community based on its former British Protectorate colonial borders.