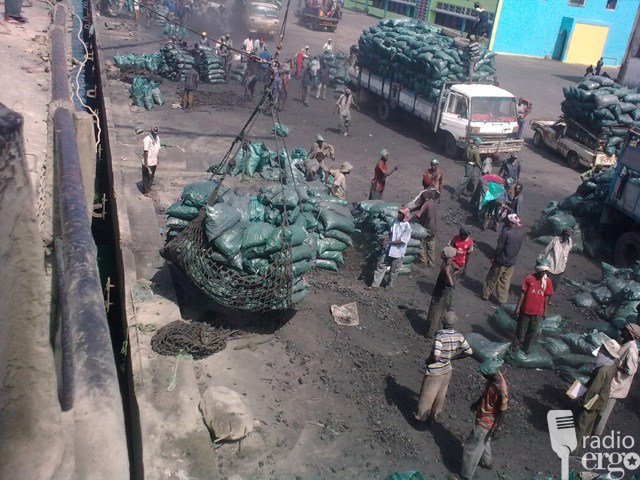 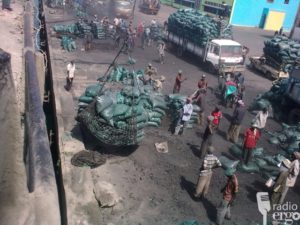 Sixteen people found making charcoal to sell have been charged with illegally cutting trees, as the Somaliland authorities step up a campaign to protect the environment by stopping deforestation.

The chief of police in Saraar region, Hussein Abdi Ateye, said the men were arrested on 11 August whilst preparing charcoal. They were brought before Ainabo court.  He said that prior notice had been issued that charcoal making was now illegal and must stop.

The coordinator of Somaliland’s environment ministry, Farhan Saleyman Gaas, said officials were targeting areas with high intensity of tree cutting and charcoal production. The ministry is working closely with the police.

Already 42 charcoal burning sites in Sanaag and Togdheer have been closed down.

The ministry is raising awareness in streets and in schools about the risks of deforestation and the harm done by rampant charcoal burning.

The ministry coordinator told Radio Ergo that the crackdown has been stepped up since the end of the drought. The campaign, which originally began in January 2016, was suspended when the ministry found out that so many pastoralists were relying on charcoal to survive after the long drought destroyed their livestock.

Farhan Saleyman Gaas noted that the government had not introduced any alternative income generating opportunities to replace charcoal trading.

Guled Abdilahi Osman, 24, has been trading in charcoal in Sanaag for just over a year. His stocks of charcoal were among those destroyed this month. He told Radio Ergo he is now unemployed and has no other means of income, as his family lost all their camels in the drought.

Guled managed to escape arrest when he saw the police vehicles approaching his business site.  He had been supporting his five siblings and parents from the sale of charcoal, selling one sack for $3 (30,000 Somaliland shilling).  Most buyers were in Puntland.

Guled said he knew the sale of charcoal was illegal but he needed to support his family, who lost their livelihood and often go for days without food.  According to Guled, he owes $190 to the people who supplied him with the wood. He said he will be ready to stop burning charcoal if he can get another source of income, but otherwise he will carry on selling it.

Somaliland MPs have passed a law to protect the wildlife, forests and grazing lands, which makes cutting down trees a criminal offence subject to a fine of $300 and three months in jail.

The bill was approved in May 2017 by the former president of Somaliland Ahmed Mohamed Silanyo. Since then, 25 people have been charged under the new law. The last three were charged at Marodi-Jeh court in Hargeisa on 14 August, according to ministry officials.