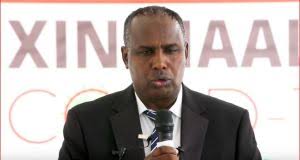 On the other hand, in the last 24 hours, Djibouti registered 21 new cases of coronavirus. 21 out of 248 people tested positive. The number of coronavirus affected people in Djibouti has reached 1210 in total relatively high. However, the ministry of health said “the death toll is three and those recovered are 847.” The ministry added that there is no patient in critical condition right now. They say 15,000 people were medically examined.

Abdiqadir Kamil Mohamed Health Minister said they extended the lockdown for further week due to the spike of cases.  In May 17, the lockdown will be over. The minister urged citizens to stay indoors and observe social distancing. He said the ongoing testing will continue. The extension coincided a sharp decline of corvid19 cases.

Speaking to the press in the capital Hargeisa, Mr, Hargeeye also stated the people in quarantine 64 people. In the last 24 hours, he mentioned that 2536 crossed into Somaliland borders and tested at entry points of the frontiers for coronavirus symptoms.

He called for the public to heed the health warnings pouring and avoid whatsoever may lead them to contract the disease referring to observe social distancing.

This epidemic disease has been on the rise in Somaliland due to host of factors; the government is doing its best to keep the trans-border illness at bay.

Ethiopia’s is at 250 affected people and five deaths according to worldmeter.com

Both countries are fighting to halt the rising number of infected people.