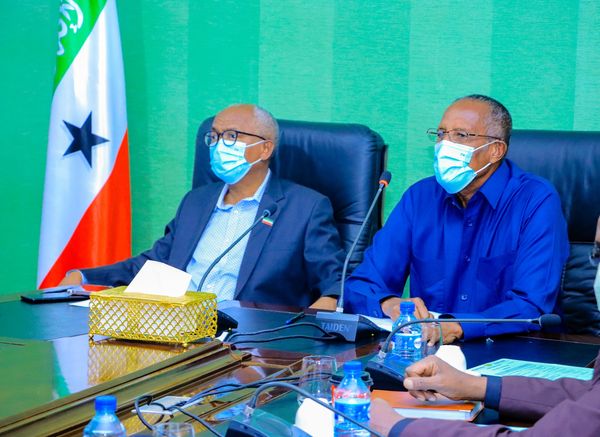 The 85th Session of the Council of Ministers saw the shedding of light on land adjudication issues and foreign affairs.

Chaired by the President H.E. Muse Bihi Abdi who was flanked by his deputy H.E. Abdirahman Abdilahi Ismail (Sayli’i) briefs to the council on the progress of the JPLG Project and trips to the United Arab Emirates and India were made by the latter.

On the other hand the Minister of Planning and National Development Hon. Omar Ali Abdillahi briefed the Council on the commencement and progress of the preparation of the 3rd National Development Plan, and elaborated on the activities, plans and the roles required of the various sectors which the government under takes to address.

Of note, the council discussed about the National Land Policy and the Refugee Laws that are under review that would be concluded at the next meeting of the cabinet.

Meanwhile the President H.E. Muse Bihi Abdi has sent his congratulations to the people of the Somaliland and the globe at large on the occasion of the New Year 2022, which started yesterday; Saturday, January 01, 2022.