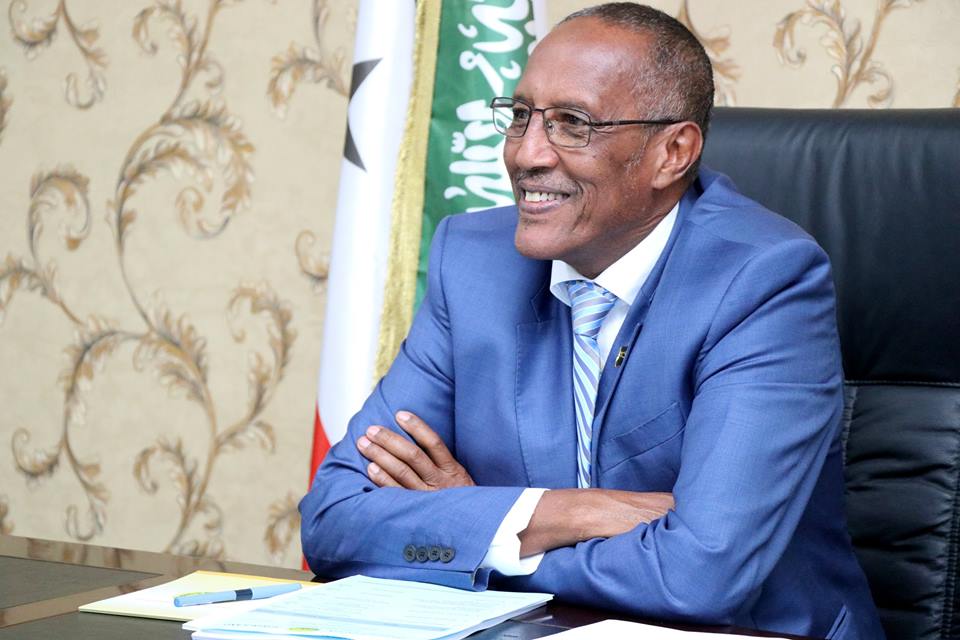 HARGEISA–The 17th ministerial meeting chaired by H.E President of Somaliland Musa Bihi Abdi discussed many issues concerning the tightening of country security, development of social affairs and implementations of a nationwide youth service.  This is according to a press release by the presidential spokesperson Mr.Mohammud Warsame Jama forwarded to Somaliland News Agency.

The cabinet listened to the to the minister internal security highlight of the general security of the country.  They also discussed the implementation of the national development plan phase two (NDP2) which seeks to develop important social service infrastructure such health, water, education, fishery, livestock and roads.

The ministers in unison agreed to fast tract the building of dams to harvest rain water from seasonal rivers following the biting shortages of the precious commodity. These seasonal rivers sometimes break their banks and kill people downstream at other times they destroy properties worth millions of dollars.

The national development plan phase two will see the construction of dams of dams in all regions of Somaliland.

Last but not least the ministers appointed a committee to do a feasibility study on the national youth service program and return their research to the cabinet.