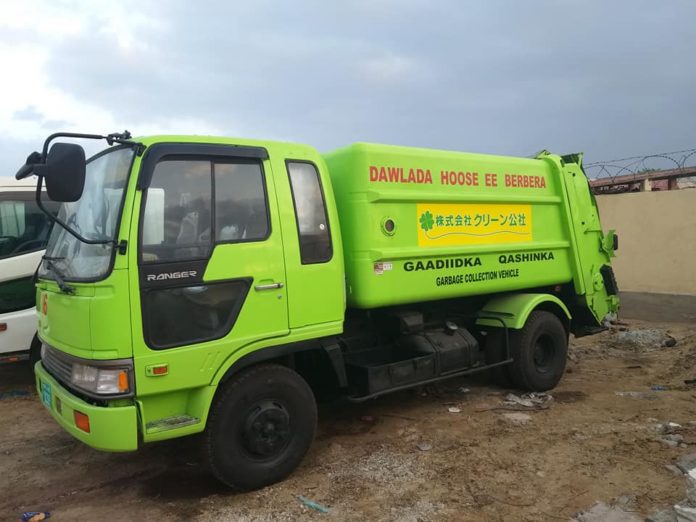 BERBERA–Berbera Council has today purchased and showcased 4 garbage trucks to enhance garbage collection activities in the city. The council launched a campaign in a bid to make the city measurably cleaner by 2019 and placed dustbins in the major streets in order the city to retain its cleanliness and orderliness. The council further stated that the mission behind the campaign is reduce mountain of litter that pose health hazards to the residents. The City Council also apprised of the residents to abide by the laws aimed at improving the cleanness of the city as far as health is concerned. All of these were done thanks to the shrewd leadership of the Mayor of Berbera, Mr. Abdiashakur Idin who has taken important strides in the right track by keeping his city clean and by building new roads. Mayor has acquired a fleet of garbage trucks with intentions to modernize the Department of Public Services and would enhance garbage collection and other activities that the council undertakes in the city. The newly acquired trucks would make a difference in the garbage collection exercise and the general cleaning of the city. Hopefully, this will absolutely help our environment and reduce the floods in the roads. The council has also launched door to door garbage collection in 24/7. The Mayor has thanked the residents and urged to work with him and the city council in order to succeed.