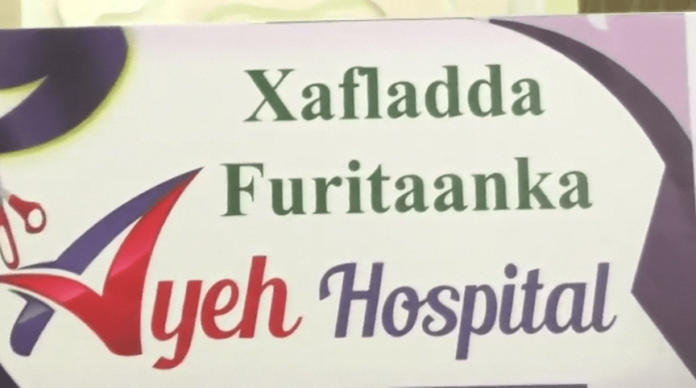 The residents of Borama have been blessed with the first specialized maternity hospital at a function that celebrated its inauguration yesterday the second of February 2019, its incidentally happens to be the day the town reached its 100 years since its inception, reports Dahir Mohamoud Hadi  who is Dawan Media Group deputy director.

He affirms that the citiy’s centurion celebrations will, however, be held, come May 02, 2019.

The Ayeh Hospital inauguration was graced by an army of traditional leaders, government officials, medical surgeons and physicians, several intellectuals and the elite from the women fraternity.

Speaker after speaker hailed Dr. Ismael M. Ayeh for establishing the material specialty hospital, a doctor who served Borama Hospital for the longest time in recent Somaliland history and a darling to the residents for his kindness and consideations.

Ayeh Hospital is relatively well equipped with modern facilities and apparatus aligned to its undertakings.

The speakers at the function notably appealed to the private medical fraternity to take the plight of the poor into consideration as regards health costs.

The guest of honour was the deputy Regional Governor Abdinoor Sahal who was flanked by local town mayor Cllr. Suleiman Hassan Hadi.

The traditional leaders had amongst them sultan Damal, Sultan Ibrahim Jama Samatar and sultan Hassani Haddi.

Sh. Abdillahi Sh. Ali Jawhar led the clerics while professor Dirie was most notable amongst the intellectuals and Lady Nimo amongst the women fraternity.

The local health department was alsorepresented at the function.