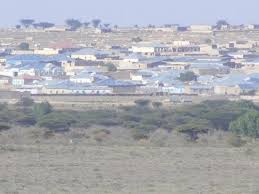 A vehicle belonging to CARE Int’l had been carjacked yesterday by unknown armed assailants in God Caanood, located in the east of Erigavo, Sanaag region.

The driver and two CARE staffers were on board when it was abducted.

It is reported that the assistants have not done any harm to the passengers on board but vanished with the car.

CARE was conducting food program in the east of Erigavo in the past couple of days.

The vehicle was destined for Erigavo when it was ambushed by the armed assailants.

The driver and the two CARE staffers were given a lift and arrived safely in Erigavo.

It is believed that the deserted Colonel Aare rebel group which established a base in the mountainous areas of Erigavo is responsible for carrying out the carjacking as far as the peace and security in Sanaag region are concerned.