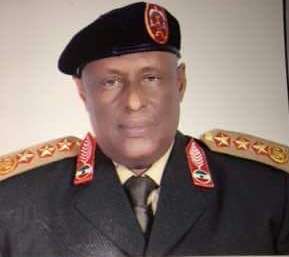 A Turkish intelligence facility in Mogadishu Somalia is not under command of a citizen of Somaliland.

This was stated by former chief of the Somaliland intelligence service General Jama Bootaan during an interview with Geeska Afrika through a telephone from his current base abroad from where he refuted his alleged ascension to command of the Mogadishu based Turkish intelligence facility.

General Bootaan was reacting to rumours being circulated by some online publishers in  the country to effect that he has not only become a bona-fide citizen of Turkey but assumed command of an intelligence base operated in Mogadishu by the authorities in Ankara.

Said he “ I General Jama Mohamed Bootaan the former Somaliland intelligence agency chief hereby inform that I am neither a Turkish citizen nor commander of it spy mission in Somalia” adding that media houses should inform the public with factual and relevant news as opposed to malicious rumour mongering whose only intent is character assassination.

Urging journalists in the country to focus on defeating Covid-19 instead of rumormongering, the former spy chief reiterated his never wavering allegiance to the republic of Somaliland which can not waver even through enticement with foreign citizenship or high paying job for a government other than that of his motherland.

It is almost a year now since president Bihi sacked General Bootaan from his perch a Somaliland intelligence agency chief.