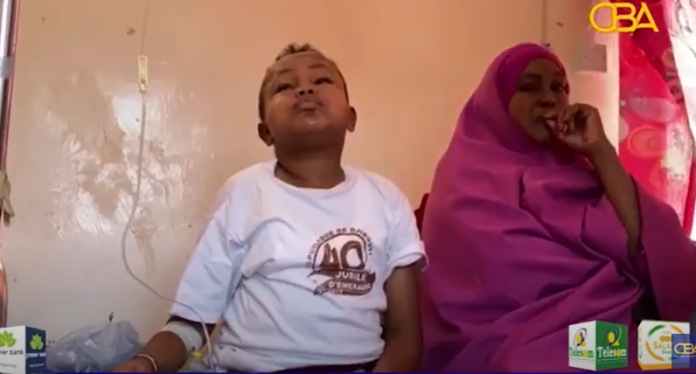 A 17 year old boy named Mohamed Abdi Iman is having an advanced diabetes.

He has been in Hargeisa Main Group Hospital for the past five years.

Owing to the diabetes, he has a failed kidney.

Mr. Mohamed and his family have sent an urgent plea to Somaliland President H.E Musa Bihi Abdi to be airlifted for medical treatment in abroad.

Mr. Mohamed’s family says that they cannot afford to pay the expenses for the medical treatment of their child.

The hospital has no dialysis for children. In order to remove the wastes, the doctors have to puncture on the kidney and the arm that can cause an infection.

Mohamed has swollen legs, a renal failure and is on the brink of death.

If he does not get an urgent medical treatment, he will die within a matter of six months according to doctors.

Doctors told him to go to Mogadishu or Borama if he can’t afford an abroad trip for medical treatment.