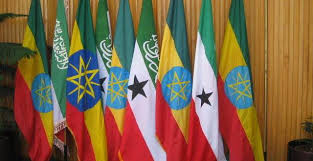 Reliable sources from Somaliland’s presidency said that Ethiopia is sending a full ambassador to Hargeisa after Egyptian delegation consisting of military and diplomats that paid a courtesy call to Somaliland and which angered Ethiopia.

The Egyptian government which locked horns with Ethiopia over the use of Nile Water river and Somalia which sided with Ethiopia, Somaliland has extended an invitation to Cairo to come to Hargeisa.

Political experts said that the mission of Egypt was to change the course of diplomacy which put pressure on Ethiopia to formally elevate Somaliland’s diplomatic ties.