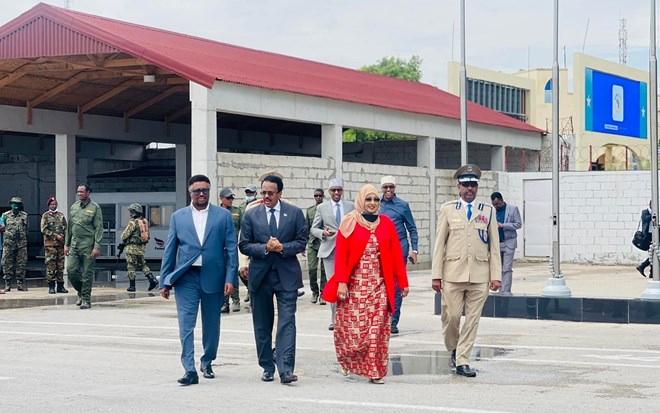 The President accompanied by the First Lady is due to start a two-day official visit to Qatar.

The Somalia president received a formal invitation from the Emir of Qatar, Sheikh Tamim Bin Hamad Al Thani. The two leaders are supposed to discuss bolstering bilateral ties and that Somalia and Qatar will cooperate on security trade and development.

According to a statement from Villa Somalia said that the meeting is part of the two leaders to get together to further discuss ways and means to collaborate. Somalia is seeking funds for its reconstruction efforts after the country plunged into state of chaos and anarchy. Somalia has been labeled as a failed state in the African continent after the central gov’t collapsed following the toppling of later military leader, Said Bare in 1991.