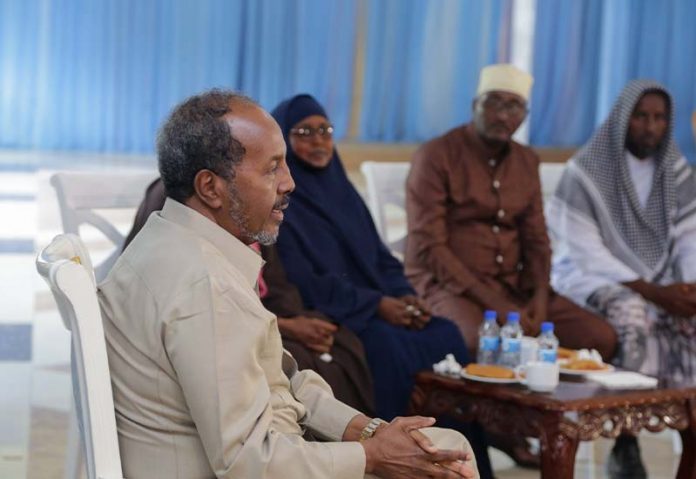 Somalia’s president Hassan Sheikh Mohamud said on Wednesday he would work to reunite soldiers, who had gone missing since completing a clandestine training in Eritrea, with their parents, a day after wrapping up a four-day visit to Asmara.

In a meeting with the parents whose sons have been missing in Eritrea for the more than three years, Mohamud said the soldiers will be able to speak with their families over the phone within days and will soon be returned home to take part in an offensive aimed at “liberating” the country from Al-Shabaab insurgents.

For the first since his election, Somali president was allowed access to a training camp in Eritrea where thousands of Somali soldiers have been held after completing training, but images circulating on social media did not show him interacting with the soldiers who appeared to have been in a derelict condition.

Somalia’s President has not given a fixed timeline for the return home of the soldiers. Before his election, he alleged that the soldiers had been sold and were used as cannon fodder in Ethiopia’s Tigray conflict.