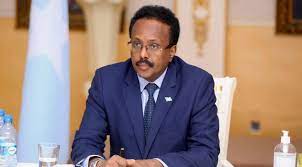 Critics said the move aimed at obstructing efforts by the PM to pursue justice in the disappearance case of Ikran Tahlil.

This follows the PM’s reluctance to give up push for justice in the murder case as Farmajo pressed for end to protracted row by first giving up investigation into the disappearance of Ikran Tahlil.

Farmajo said he would approve Roble’s dismissal of key allies and appointment of new men to head the Spy Agency and the internal security ministry if premier accepts his proposal.

In a letter issued on Monday night, president named the persecutor General and the Military Prosecutor to lead the investigation into the murder probe and in charge of the committee.

Certain politicians in Somalia accused the president of stonewalling the investigation ordered by the PM.

Amina Mohmed, an MP in Somalia’s parliament said that the decree shows that Farmajo played a role in the killing of Ikran Tahlil.

Qali Mohmud Guhad, Ikran’s mother said that they are not happy with the committee named by president to lead the investigation and will await the military court’s for a fair trail of those involved in the case.

Qali said that if Farmajo does not refrain from obstruction, we will lodge a case against the president.