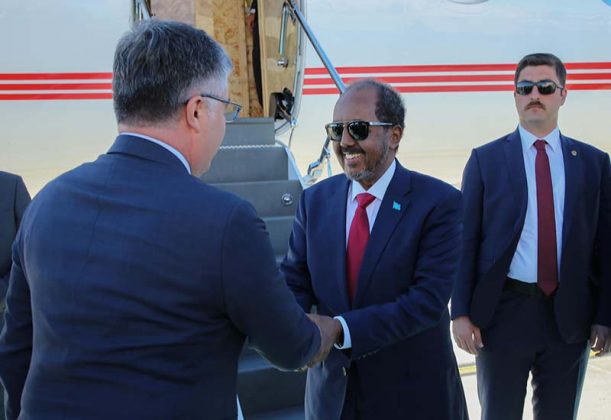 The two leaders are due to discuss ways to further strengthen bilateral relation and “fruitful” cooperation on trade and security, the communications office of Somali president said in a statement.

During his state visit, Mohamud will meet with members of the Somali diaspora community there in the course of which he will inform them about latest developments in the country, including a worsening drought that has displaced tens of thousands of people.

Somali President will pay a visit to Turkish commando training camp in Isparta where Turkey’s military has been providing advanced training to members of Gorgor Somali special forces.

It’s the second trip Somali president takes abroad since returning to office in May. Last month, he traveled to the United Arab Emirates where he met with the Arab country’s new ruler Mohamed bin Zayed in which both sides agreed to reset diplomatic ties after being frayed by tensions during the tenure of former President Mohamed Abdullahi Farmajo.