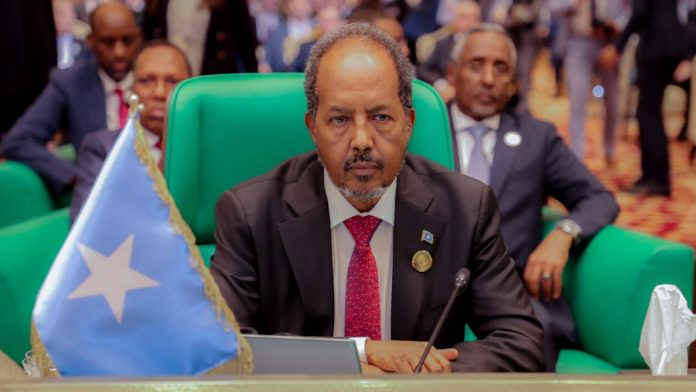 He came under heavy public criticism for traveling abroad just days after car bombs killed more than 100 people in the capital. He is accused of departing on unnecessary trips while a fighting is raging in the country between the army and insurgents, which Mohamud had ordered following his re-election in May.

The Somali leader has taken more than a dozen trips abroad, including some that sparked controversies and tensions with neighboring countries.

In an attempt to soothe concerns raised by the public, the Somali presidential office said Mohamud’s trip is aimed at gathering Arab support for ongoing offensive against Al-Shabaab.