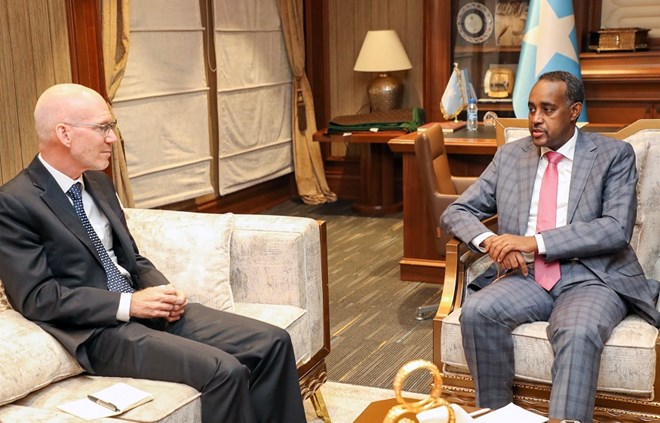 The UN envoy to Somalia James Swan held a meeting with Somalia’s PM Mohamed Husien Roble in the capital Mogadishu on Sunday to discuss the progress made on elections.

Somalia’s PM said he discussed progress on the elections and Int’l community’s support with the United Nations envoy to Somalia James Swan during the meeting held at his office.

Swan underscored the need to speed up the progress.

Roble noted that he called on regional leaders to begin elections immediately.

Somalia’s Int’l community on Friday expressed its deep concern over the delay of electoral process and called on regional leaders to speed up polls.