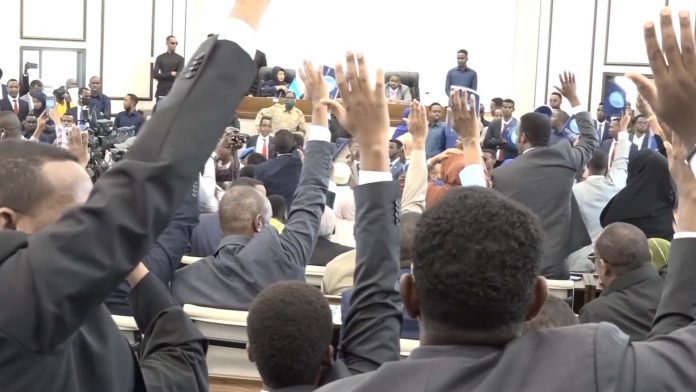 In a session chaired by the speaker Adan Mohamed Nur Madobe, 229 MPs voted in favor of the new cabinet with 7 others rejecting and one MP abstained from voting.

Speaking shortly after the vote, Somali Premier said his government would focus on efforts aimed at restoring peace, completing the constitution and taking forward reconciliation endeavors.

Among the new cabinet is former Al-Shabaab spokesman Mukhtar Robow whose appointment as the Minister of Religious Affairs sparked local political storm and irked the United States.