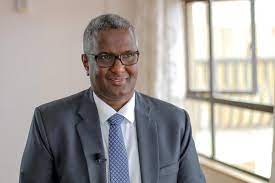 Somali President Mohamed Abdullahi Farmajo has again used the electoral body in an attempt to block key critic Abdirahman Abdishakur from running for parliament in an election scheduled for this week.

On Friday, the Federal Electoral Implementation Team (FEIT) issued a letter marking the parliamentary seat for which Abdishakur is running as a women’s quota, in what some of the members of election body say is an apparent effort to bar him from the race, triggering renewed dispute among election officials.

The electoral body threatened that Abdishakur and Mahad Salad, another Farmajo critic will not be given registration certificates and elections for their seats will not be validated unless demands for women’s quota are met. The team had earlier taken similar steps to stop well-known public figures from participating in parliamentary elections, in an effort to sweep Farmajo loyalists to victory.

It comes days after the United States said it had imposed visa curbs on Somali officials believed to be undermining ongoing elections, through use of violence, arbitrary arrests and intimidation. No names had been mentioned, though Secretary of State stressed that leaders who had failed to hold credible elections were among those targeted.

Abdirahman Abdishakur arrived in Dhusamareb town on Wednesday where he has announced his bid to run for parliament. He is also one of the presidential candidates expected to challenge Farmajo in an upcoming presidential vote.

Somali Prime Minister Mohamed Hussein Roble sacked 7 members of the electoral disputes resolution team last year due to bias in favor of the president and his allies after they had validated a rigged election for the acting spy boss Yasin Farey.