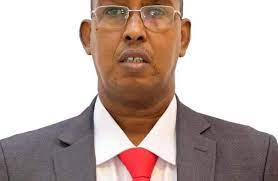 Somalia’s Government spokesman Mohamed Moalimuu was injured in a balst at a busy junction carried out by a suicide bomber in Mogadishu, police siad on Sunday.

Moalimuu’s vehicle was targeted as he was passing at Dabka junction in the Somali capital and has been rushed to a hospital where he is being treated and is now recupertaing.

A suicide bomber targeted the government’s spokesman, who is now being treated in hospital for his injuries from the blast,” police spokesman Abdifatah Aden told Reuters news agency.

Somali Prime Minister Mohamed Hussein Roble, who appointed Moalimuu as his spokesperson in December 2020, wished him a speedy recovery.

Al-Shabaab claimed responsibility for the attack, the second within a week after a car bomb struck a convoy carrying foreign officials in a heavily fortified area of Mogadishu on Wednesday. Insurgents said they had killed two “American officers” in the bombing and wounded two others.

The assault comes weeks after militants killed the director of state-run radio Abdiasis Afrika, who was critical of the group and its fight against the Western-backed Somali government, in Mogadishu last year.

Attacks by Al-Shabaab insurgents have risen over the past weeks as power fight between the President and Prime Minister drags on amid fear raised that it could distract the government from the fight against the armed group, which controls vast swathes of territory outside Mogadishu.