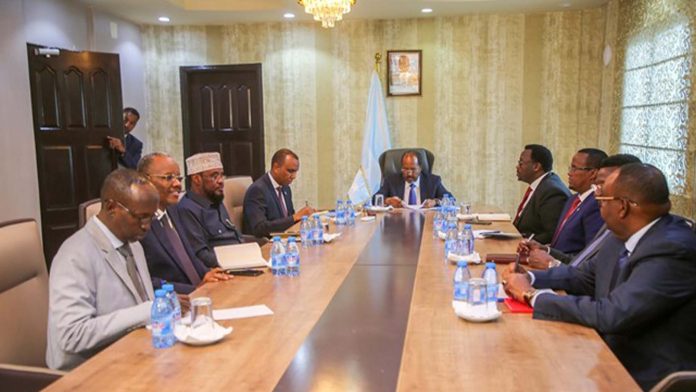 Somalia’s regional states said on Wednesday they had suspended cooperation with the federal Ministry of Post and Telecommunications due to a dispute over the share of $80 million in World Bank financial aid.

It came months after the state leaders suspended cooperation with the federal Ministry of Finance following tensions over the share of resources and foreign development aid.

Regional ministers accused the federal Minister of Post and Telecommunications Jama Hassan khalif of abuse of office by diverting funds allocated for regional states to his close associates, adding that he had cancelled a number of scheduled meetings to reach an agreement as tensions drag on.

Somali federal government has not yet commented on the renewed differences.