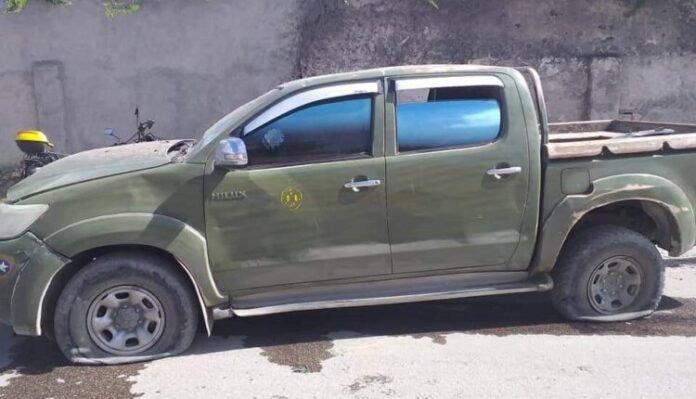 Deputy Army Chief, Abas Amin Ali, survived a blast that tore through a vehicle he was travelling during the morning rush hour in the capital Mogadishu.

At least two of the general’s security guards have been killed and another  wounded in the road bomb at busy road at the heart of the capital.

The general narrowly survived the explosion caused by a bomb planted on the road.

Security forces arrived at the scene of the blast and rescue operation started there.

Al Qaeda affiliated group has made the claim of carrying out the blast.