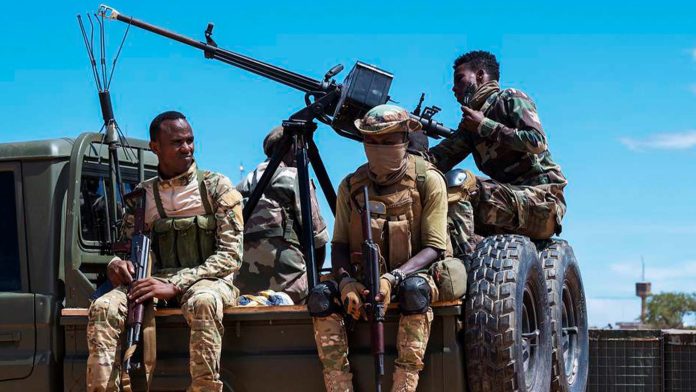 Somalia’s army on Monday seized a strategic town in the Middle Shabelle region, under support of US and Turkish drones, following weeks-long offensive against Al-Qaeda-aligned Al-Shabaab militants.

Army officials told VOA Somali that troops set up defensive positions on the outskirts of Adan Yabal town as precautionary measures against possible explosions, saying that militants planted bombs in and around the town.

Al-Shabaab said it had killed 5 US-trained special forces, including two officers, in a roadside bomb attack during army advance on Adan Yabal town.

Somali troops backed by US and Turkish warplanes earlier seized the towns of El-baraf and Masajid Ali Gadud in the Middle Shabelle region.

Several explosions were heard on Monday near Adan Yabal during army and clan militia advance on the town, but casualties have not been immediately known.

The town was seized by Ethiopian troops bolstering Somali government forces in 2016 during president Hassan Sheikh Mohamud’s previous term. They withdrew a month later due to attacks from insurgents.