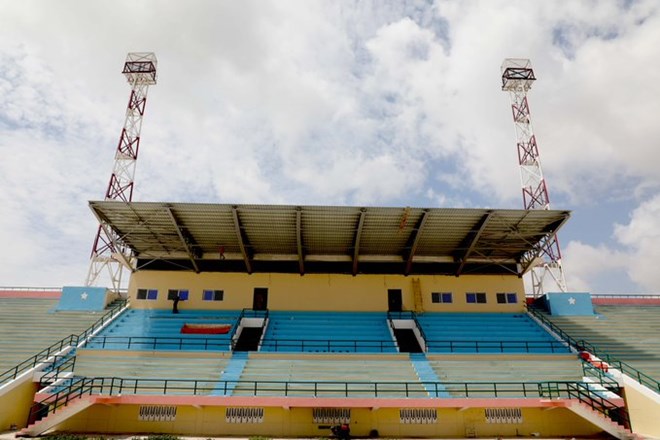 Somalia’s newly renovated stadium will reopen for sports use in Mogadishu early next year.

The minister of Youth & Sports, Khadija Mohamoud Derie has announced the news during an inspection visit on the restoration project which is underway on Wednesday.
The 65, 000 capacity stadium restoration project is nearing completion.
Ms. Derie said that the stadium will reopen its doors next year upon the approval by the Int’l sports body FIFA.
” We are anticipating FIFA’s approval to complete the rejuvenation.” said the minister.
The facility was built by engineers in 1978 with the assistance of People’s Republic during President Siad Bare military leadership.
The stadium was a base for AMISOM peacekeepers before vacating it for face-lift in October 2018.
The Norwegian Gov’t funded the project of rebuilding the stadium.
Once the stadium restoration projects completes, Somalia will use the facility  for hosting int’l sports events.