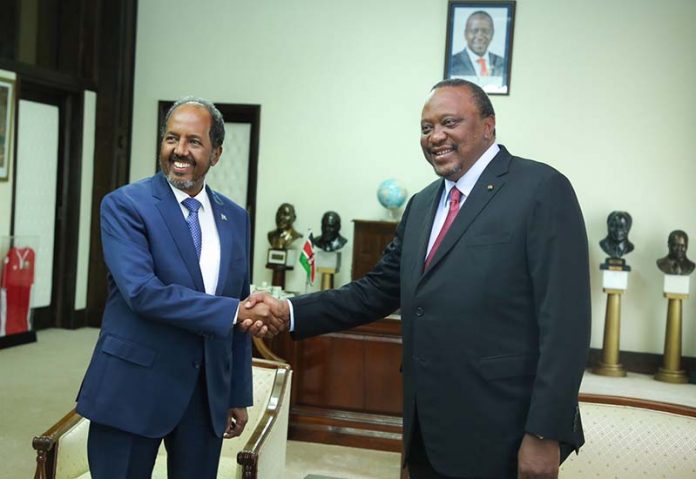 Somalia lifted ban on Kenyan khat imports, signaling a thaw with Kenya following a visit by Somali President Hassan Sheikh Mohamud, who struck an agreement with his counterpart Uhuru Kenyatta on Friday.

Somali President Hassan Sheikh Mohamud arrived in Kenyan capital, Nairobi on Friday in his first visit to the neighboring East African country since his election in May.

Speaking at a joint press conference with Kenyatta, Mohamud said “there is a lot to bring us togther than to divide us.”

“The common challenges we have are not limited to terrorism or droughts. We have a lot more challenges,” he added.

The neighboring countries “agreed to facilitate, diversify and promote trade and economic cooperation directed to the immediate market access of fish and fish products from Somalia to Kenya and vice versa and the resumption of trade in khat (miraa) from Kenya to Somalia, to resume with immediate effect.”

Flights by Kenya’s national carrier to Mogadishu “will resume immediately on exiting bilateral air service agreement (BASA). The BASA will be reviewed by relevant authorities.”

Diplomatic ties between Nairobi and Mogadishu plummeted to their lowest point in decades during the reign of former President Mohamed Abdullahi Farmajo, whose government announced to have cut relations with Kenya in late 2020 over meddling in the country’s internal affairs.