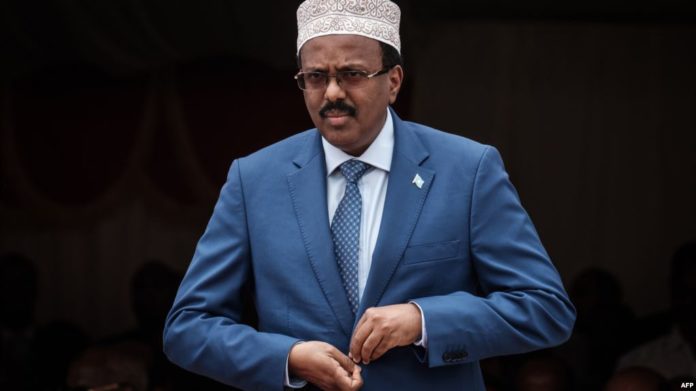 MOGADISHU (Reuters) – Somalia lawmakers have abandoned a move to impeach the president over allegations he secretly signed agreements with other countries after deciding that political stability was more important than their motion, parliament’s speaker said on Thursday.

A copy of the motion, seen by Reuters on Dec. 9, had listed as grounds for impeachment an allegation that President Mohamed Abdullahi secretly signed agreements with other countries including Ethiopia and Eritrea.

The agreements touched on the use of Somali ports and economic and security cooperation, it said.

“Considering the current situation of the country and the need to improve political stability so that parliament and the executive can jointly fulfil their duties, the lawmakers said they entirely gave up the impeachment motion they had proposed,” speaker Mohamed Mursal Sheikh Abdirahman said in a statement.

Constitutionally, 92 lawmakers would have had to support the motion for it to have been be submitted to the speaker.