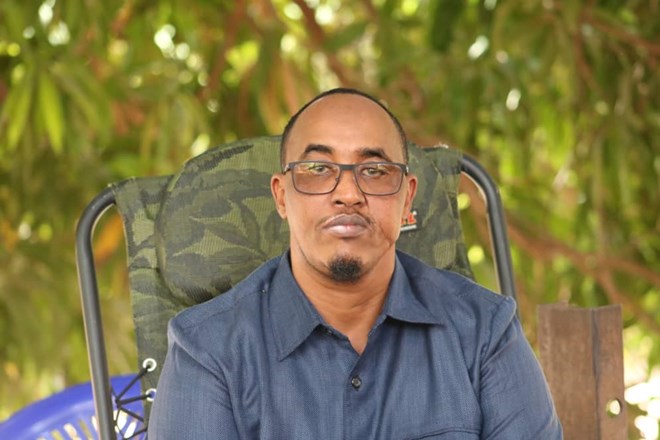 MOGADISHU–Jubaland state security minister, Abdirashid Hassan Abdi Nur alias Janan has absconded from special facility prison in Mogadishu.
This was announced by Somalia’s deputy police commissioner, General Sakia Hussein in a statement she posted on her twitter.
She has said that the security forces are conducting man hunt operation in order to arrest the fugitive of Jubaland’s state security minister who had been in custody.
The minister is accused of committing crimes against innocent civilians. He appeared before a regional court in Banadir which had heard his case
A lot of people could not believe that such an official has escaped from prison and said that it was impossible.
The escaping of Janan coincides at a time when the Federal Gov’t of Somalia is gearing up to conduct operations in large swathes of Jubba regions to take its control.
Jubaland state leader, Ahmed Madobe, has recently alleged the SFG of keeping the security minister in custody in order to brainwash him and change his ideology on Jubaland state and later the SFG used him as means of its combat in areas of Jubba. 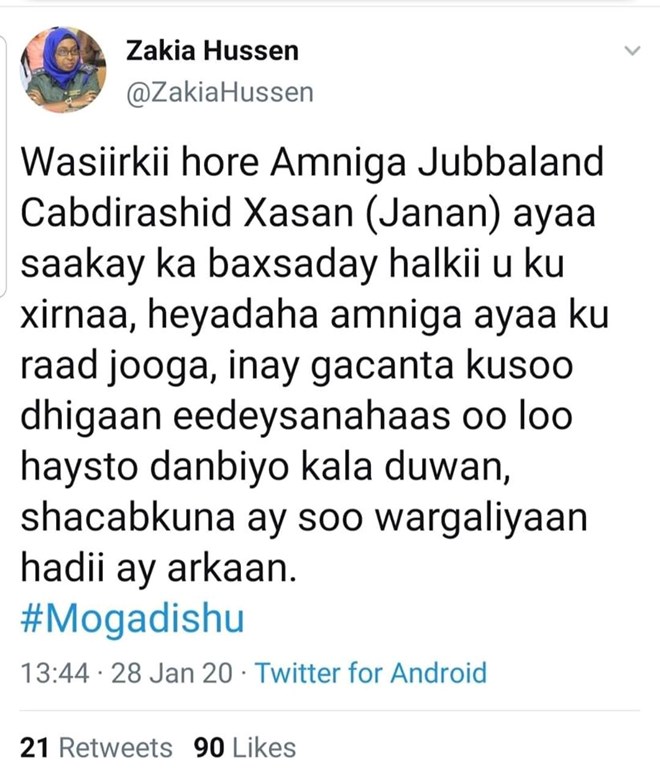