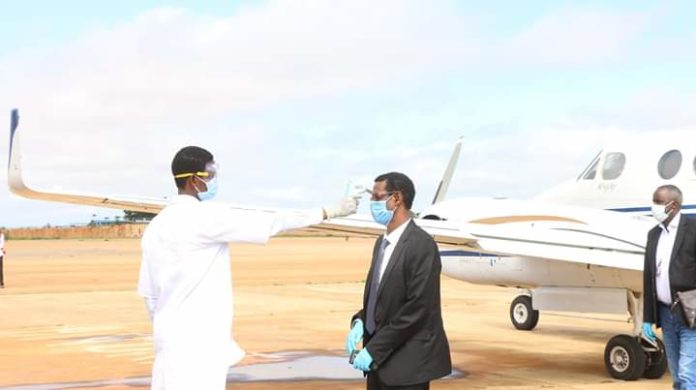 The First Deputy president of Jubaland state of Somalia, Mohamud Sayid Adan, has returned to Kismayo, the administrative capital on Thursday after wrapping up a working visit to Gedo region and Nairobi, Kenya’s capital. The Vice President of Jubaland state has been greeted upon arrival at Kismayo airport. Ministers, members of the state parliament, traditional elders and other sects of the community have showed up at Sayid Mohamed Abdulle Hassan airport to receive him. The VP in a speech said that his tour to Gedo and Nairobie ended as the state of Jubaland planned. Mr. Mohamud Sayid has also condoled the tragic loss of the education minister, the late Mohamed who passed away in India. The VP urged Jubaland residents to remain vigilant over the deadly coronavirus pandemic and further called upon them to comply with government guidelines.