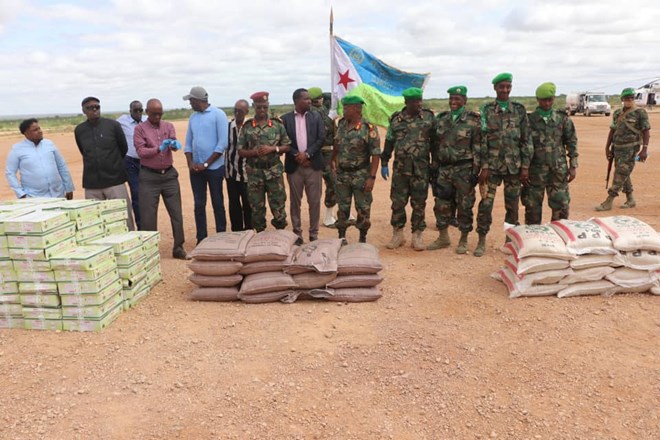 Djibouti troops serving under AMISOM mission and based in Beled Weyn have provided today food aid to the displaced civilians which have been affected by the recent flooding after Shabelle River has broken its banks.

Floods in Beled  Weyn has caused massive displacement and forced residents to flee from their residents.

A donation worth of 90 tonnes was handed over to Hirshabelle state president, Mohamed Abdi Ware and is due to be disbursed to displaced people outside the town.

government for the donation and their support in terms of relief, security and medical equipment to Hiraan regional state and its people.