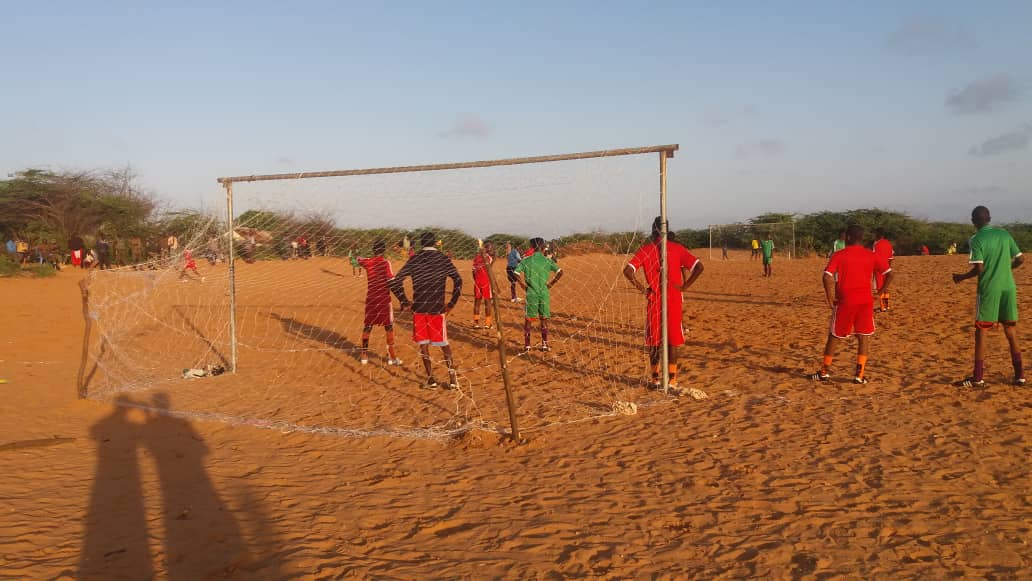 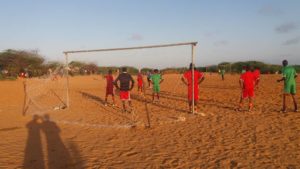 Marka, 6 September 2018 – The youth in Marka district, Lower Shabelle region are taking part in a football tournament aimed at fostering peace and unity.

Four teams are taking part in the community engagement tournament, organized by Humanitarian Liaison unit of the African Union Mission in Somalia (AMISOM), with support from the Danish Government.

The tournament kicked off on Saturday at the Ceeljale play ground with a pulsating game between Ceeljale and Buufow, with Ceeljale beating Buufow 5 goals to 4.

Speaking at the opening of the tournament which drew huge spectators, the AMISOM area commander Col. Paul Muhanguzi reiterated the importance of peace, noting that the tournament seeks to forge unity.

“You should be brothers, not enemies. All of you need to come together, unite and forge ahead to build and develop Somalia,” Col. Muhanguzi said.

The village chief, Sheik Yusufu Hassan who was present commended AMISOM for organizing the tournament, which he noted was an important step towards bringing communities together.

“Coming up with such games unites us as Somalis,” Sheik Yusufu Hassan noted.

Teams from Ceeljaale, Buufow, Marka and Shalamboti are taking part in the tournament and the overall winner will take home a trophy.