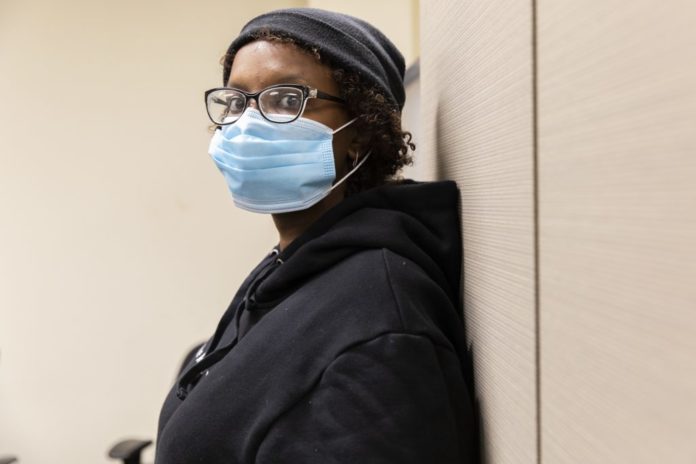 Muna Ahmed said she was sexually assaulted at 19. Now 23, she’s speaking out for the first time. “I’m fed up with shame culture and shaming victims,”

The night she was sexually assaulted, Muna Ahmed wanted to die.

“I have tried to kill myself by slitting my wrists,” Muna said in an interview on Thursday, her voice breaking at times with emotion. “I was ashamed. I didn’t know how to talk about it. I didn’t know if anyone would believe me or take care of me.”

That happened in the early hours of March 26, 2016, when Muna was 19. Earlier this week, she finally decided to speak out.

“I have suffered too long,” she said.

On Tuesday, Muna became one of the first people in Minnesota’s Somali and Oromo community to publicly share her experience of being sexually assaulted when she was a teenager.

By Thursday, more than 4,000 people had shared her tweet. All of a sudden, dozens of Somali women across the diaspora broke their silence over the violence they had suffered — sexualt assault by family members, childhood sexual abuse, rape and molestation by teachers.

What once was considered a taboo and stigma in the Somali and Oromo culture suddenly was out in the public. Against cultural norms, digitally savvy East African women in their 20s used their platforms to break cultural prohibitions against discussing something that could bring shame to their family.

Muna only reported the assault to a couple of her friends. Sahan Journal has independently corroborated Muna’s account with two of them.

Muna, who has identified the man in her tweets and has photos and text messages related to the alleged assault, said she’s considering filing a complaint against the man. Sahan Journal is not naming the alleged attacker because he was not charged with a crime.

Sahan Journal has reached out to the man via a text message. A few minutes later, a family member of the alleged attacker called a Sahan Journal reporter and threatened him with a lawsuit.

Hours earlier, the alleged accuser posted a statement on his Twitter account saying: “I was falsely accused of sexual assault. Let me say it very clearly, I vehemently deny the allegations against me and will pursue all legal avenues to prove the false nature of these claims.”

But to many women, she is a hero.

“Muna, you started a movement!! I’m from Minnesota too,” one woman told Muna on Twitter. “Let me know if you need any help and resources. Sending you love and support.”

“You are not alone in this fight,” another one told her. “Somali women have suffered for far too long whether in Somalia or diaspora.”

Ramla Bile, a community organizer who who has been following the social media posts of sexual assault survivors, said many East African youth don’t have avenues to be heard by community leaders or organizations. She applauded the survivors’ courage to speak out and shift the narrative.

“Because it went down on Twitter, it became a powerful community conversation led by Gen Z and has been far more effective in shifting the narrative than any piece of legislation or media article ever would,” Ramla said. “They are tackling rape culture head on, teaching each other about consent, and naming what solidarity with survivors looks like.”

In the past, Ramla said, women and girls who had been assaulted were privately shamed or expected to quietly move on. “Collectively, society has failed to eliminate predatory behavior,” Ramla said. “As women continue to speak up and come forward, we need to believe them and make sure that they are getting the healing and support that they need.”

”This is also a moment for men to hold each other accountable,” she added.

Fartun Weli, executive director of Isuroon, a Minneapolis-based nonprofit that helps and advocates for Somali women and families, said she will set up an emergency helpline and mobilize a legal team to support women who come out with stories of sexual assault.

Muna, who grew up in Minneapolis’ Cedar-Riverside neighborhood, participated in the protests against the killing of George Floyd. She was watching when the Minneapolis police 3rd Precinct building was burned.

“That was the biggest inspiration to me,” she said when asked what motivated her to speak out. “That police station has terrorized Somalis in [south Minneapolis] for how many years? And watching that burn, it just inspired me.”

“I’m going to make as much noise as possible for people like me,” she added. “I don’t want people to feel that pain I felt. I never thought I would make it to the age of 23. I have always been telling people, ‘I’m going to kill myself. I’m not going to make it this far.’”

When Muna posted her experience publicly, she said she received death threats from people close to the man who allegedly assaulted her.

“I can’t live safely here anymore,” she said. “I am not safe in Minnesota.”

But the support she’s received since breaking her silence and a drive to protect other women have encouraged her to keep speaking out.

“The fact that I made it this far, and I’m doing this, it keeps me going,” she said. “And the support and the love my community is giving me right now also keeps me going.”