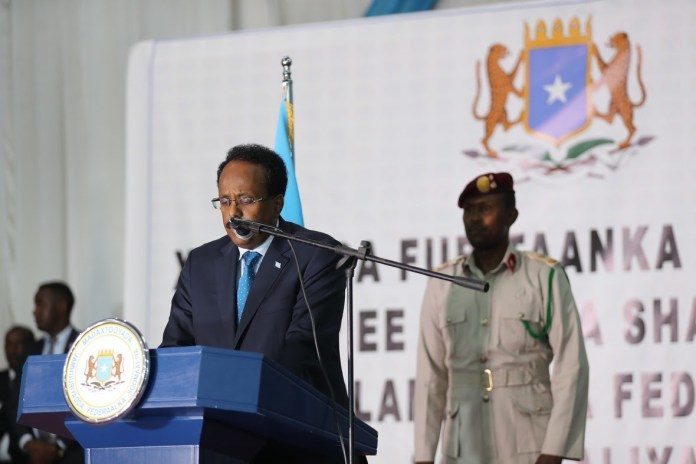 The president of Somalia Mohamed Abdilahi Farmajo yesterday called upon his fellow countrymen to join together against the combating of terrorism. Speaking during the opening ceremony of the 5th session of parliament in Mogadishu on Wednesday, the president said the fight against terrorism needs unity and close cooperation between the security agencies and members of the public. “We are making reforms in our security apparatus,” he said.” We have launched the bio-metric registration process of our armed forces to improve delinquency and efficiency.” The Somali President reiterated the uninterrupted payment of wages to the security forces amid recent developments of lack of salaries for months. “We have paid all the bio-metrically registered forces via their bank accounts, and we are committed to paying the remaining once the registration procedure is finalized, ” the president told. Somali president also underlined his administration commitment to to continue talks with Somaliland state saying his government will do all in its possession to achieve a fruitful outcome. The president urged the members of the parliament to speed up the approval of the vital bills in front of the chamber for assent