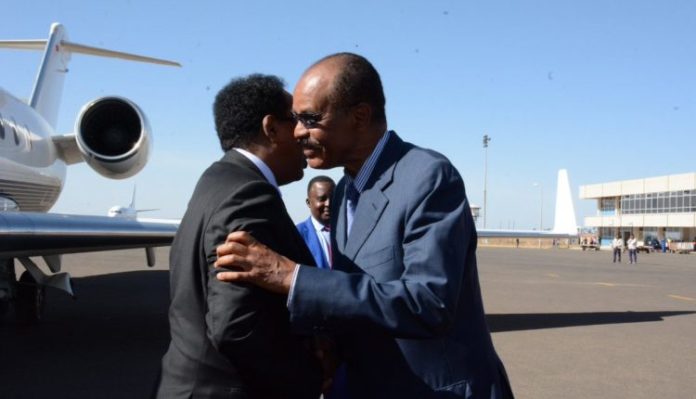 President Farmajo who was accompanied by the Minister of Education and other senior officials was accorded warm welcome by President Isaias on arrival at Asmara International Airport, according to

Farmajo travelled to Asmara for the first time in July, where he and President Isaias agreed to establish diplomatic relations, exchange ambassadors, and promote bilateral trade.