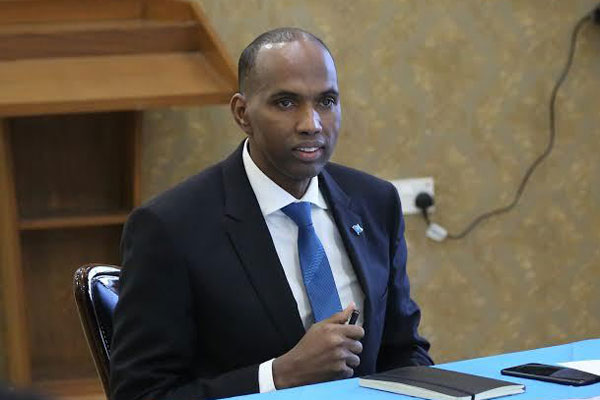 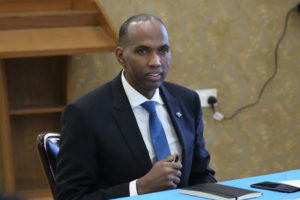 Somali Prime Minister Hassan Ali Khayre has said that his government would not accept foreign mediation between the member states and the federal government.

Mr Khayre was reacting to suggestions from the leaders of the federal states that a third party be invited to any talks between them and the Mogadishu-based Somali government.

The Premier made the declaration on Sunday at a ceremony held in Mogadishu to re-launch a self-help programme called Isxilqaan.

The leaders of the five member states of the federal government, namely Puntland, Jubaland, Southwest, Hirshabelle and Galmudug on September 8 issued a communiqué withdrawing cooperation with the central government.

The communiqué followed a conference held in Kismayu, 500km south of Mogadishu.

The regional leaders expressed grievances on insecurity, the sharing of natural resources and the interference by the central government in the affairs of the member states, which they want addressed before resumption of cooperation.

Mr Khayre, however, asserted that the days of Somali leaders seeking foreign mediation on internal issues were over. He reiterated that all differences should be sorted out through compromises.

“We welcome that all grievances are cleared through dialogue and compromises, considering the interest of the Somali people,” said Mr Khayre.

He particularly noted that Mogadishu could host a meeting of the Somali leaders, indirectly rejecting the suggestion that the capital was insecure.

“This is the Somali capital. A city in which we have all invested and stands as a symbol of our sovereignty,” he added.

President Farmajo is the chair of the national security council that include the presidents of the members states and the Governor of Banadir region (Mogadishu and surrounding areas).

The failure of the regional leaders to attend the meeting would be assumed to be directly related to the suspension of cooperation with the central government announced in Kismayu on September 8.