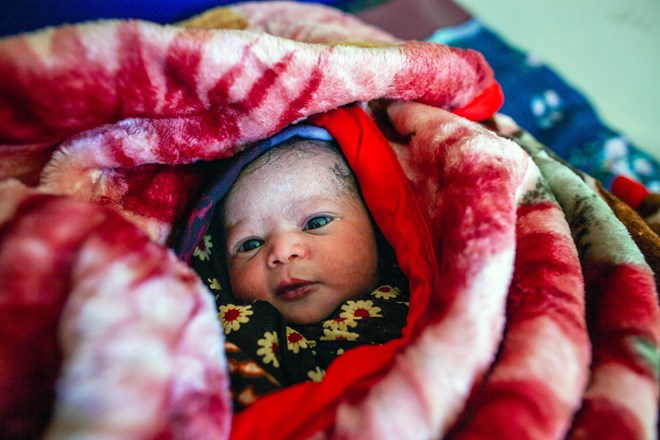 By providing solar power to rural clinics, Japan and UNDP are helping to bring down sky-high mortality rates.

In December 2019, in the middle of the night, a young woman arrived to give birth at Caramadaw Clinic in rural Somaliland, a simple concrete building surrounded by dusty streets, tarpaulin-topped houses and grazing sheep.

This would be her first child — a prospect scary enough for a first-time mother anywhere, but particularly so in a country where 1 in 22 women die in childbirth.

As she settled on one of the clinic’s four beds, staff tried to put the young woman at her ease, but it wasn’t going to be an easy birth. Just like many other nights in Caramadaw — especially during the rainy season — the power was out and the clinic was lit by nothing but moonlight and the hand-held torches of the midwives. Over the next few hours, they worked in pools of torchlight to calm their patient and deliver the child.

For the mother, it was terrifying, but for Hamdi Hashi Gaheyer, a 23-year-year old midwife at Caramadaw, it was business as usual.

“Our clinic has unreliable electricity,” says Hamdi. “In the worst case scenario, the power just goes off while we are helping a mother deliver and we have to make do with the only alternative source of light, which is a torch.”

According to Hamdi, the conditions in clinics like hers make women more likely to deliver babies at home with the help of traditional birth attendants who have no technical skills or proper equipment, increasing the danger for both mother and child. Currently only 1 in 5 Somali women give birth in a health facility.

“I’ve seen mothers die because traditional midwives don’t have the kind of in-depth knowledge they need. They don’t have a medical background or even basic equipment to use if something goes wrong,” she says.

COVID-19 has placed a severe strain on the Somali health system, which was among the weakest in the world even before the pandemic, with one of the lowest doctor-to-patient ratios (around 1 per 50,000 people) and some of the highest infant and maternal mortality figures.

But for the 100 families served by Hamdi’s clinic, things are now looking, quite literally, brighter. Earlier this year, funding from the Government of Japan allowed UNDP to install a solar panel system that provides 24-hour power, including light for deliveries and other night-time emergencies. It also powers the clinic’s refrigerators, which are essential for the safe storage of medicines and vaccines.

For 40-year-old Safiya Ahmed, who has given birth to 10 children, the difference has been like night and day. “In 2018 I delivered my ninth child at Caramadaw health clinic,” she says. “It wasn’t that much different from giving birth at home with a traditional midwives. Even though there was a delivery bed available, there was no light at the clinic so it was pitch dark at night.” 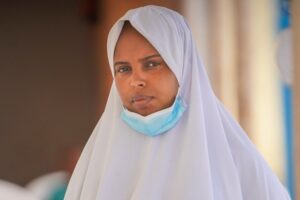 Midwives have had to struggle with failing power, sometimes helping women give birth by torchlight.

Three years later, Safiya came back to deliver her 10th baby and she was impressed to see solar-powered lights inside and outside: “Several health workers were busy tending to patients. After they checked my vital signs, I was transferred to the delivery room. It was full of lights. I was given some medication and later safely delivered a baby girl. It was the best delivery I had ever had,” she recalls.

“Now we have reliable solar energy we can serve the community of Caramadaw village 24/7,” says local midwife Hamdi. “We deal with around 30 expectant mothers a month and immunize more than 10 children a day.”

It’s not that things are now perfect — the clinic still needs more beds, a lab and ultrasound equipment. But it’s a lot better than it was back in December 2019.

In total, Japanese funding has brought renewable power to four clinics in Somaliland and neighbouring Puntland. The work is part of a US$1.2 million grant from the Japanese Government to help address the socio-economic fallout from the COVID-19 pandemic. This includes delivering masks, soap and other supplies, training local youth and vulnerable groups for new work opportunities and raising awareness of how to prevent the spread of the virus.