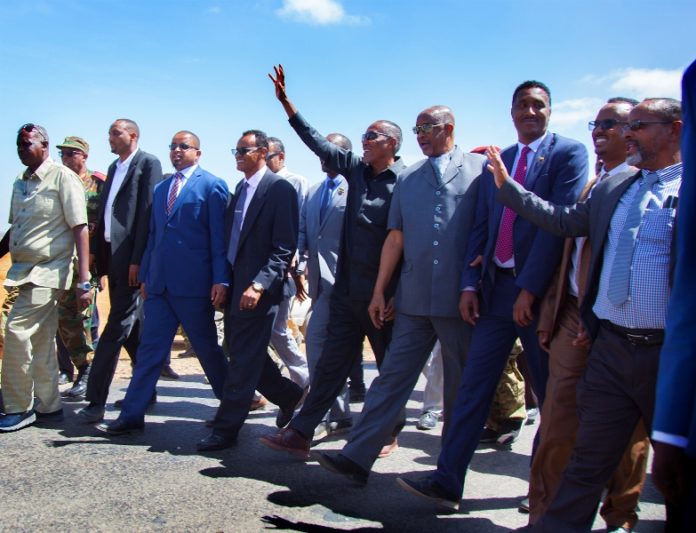 The President H.E Muse Bihi Abdi and his delegation were tumultuously received and welcomed by a hilarious populace in Gebiley yesterday.

The head of state greeted happily the massive crowd of residents who flung the highway from the barrier as he entered the town and all along to the state lodge where he is to stay.

According the Presidential spokesperson Mr. Mohamed Warsame Jama, the President’s visit is in line his expected duties of monitoring and inspecting various public developmental aspects.

Reliable source affirmed that the President would in the morning, however, leave to Borame where the KULMIYE ruling party’s central committee is expected to kick off their major conference. The KULMIYE assembly is expected to be held for two consecutive days.

Meanwhile the VP H.E Abdirahman Abdillahi Ismail “Seylic” has already reached Borame ahead of the KULMIYE conference by members of the public and top Awdal regional officials.