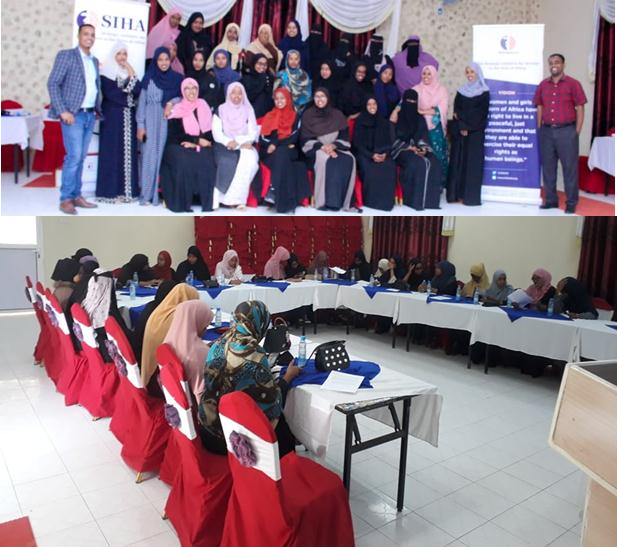 The situation prevalent in the  Somaliland workplace and Political life for women was the subject of a lively debate by  Female University students in Hargeisa.

The Discussions and debate by the mainly youthful female university students were guided by the IWD 2020 theme of “I am Generation Equality: Realizing Women’s Rights

The SIHA Network facilitated debate having properly dwelt on  the challenges engulfing Somaliland women  accessing jobs and position of decision making politically equitably with their male counterparts, came to the conclusion that intensification in awareness raising, support to women education and aggressive lobbying and participation in political parties activities was the way forward.

SIHA Network is a coalition of civil society organisations in the Horn of Africa advocating for social change and gender equality for men and women.

In conjunction with its membership, SIHA tackles gender-based violence and the threats faced by women human rights defenders and aims to bring the voices and interests of poor and marginalised women to the mainstream peace and political agenda.