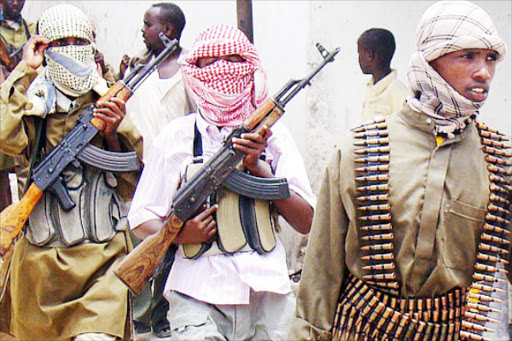 There is a possibility of terrorist attack along the Kenya-Somalia border within Mandera county during the last days of Ramadan, a police intelligence seen by the Star shows.

The report shows al-Shabaab militants have been regrouping in Fino area of  Mandera from where they plan to execute an attack on Kenya’s security installations in an El Adde-style ambush that left more than 100 KDF soldiers killed in 2016.

“Information was received that there is massive build-up of al Shabaab along our border within Mandera county especially in Fino area where they have deployed and positioned the El Adde brigade (that previously attacked KDF camp at El Adde) and are regarded as a special unit to attack our security units in Fino,” the intelligence briefing says.

The target of the projected attack are said to be Special forces, KDF, Rapid Border Patrol Unit, and officers of the National Police Service.

“The attacks are likely to be carried out in the last days of Ramadhan,” the report says.

The report received on May 30 indicates the terror group had already “deployed over 150 troops with four Landcruiser technicians and were reinforcing.

“The areas where al Shabaab deployed troops are Hafura, Hawagarse and Langura’a within the county,” the report said.

Most of those on the frontline to launch the attack are new Kenyan recruits.

The news came a day after a group of about 40 members of al Shabaab surrendered at Buruache SNA camp on May 29.

The militants have been divided into groups with instructions to target any vehicles including those belonging to NGOs, government and public transport to along the Mandera-Wajir route.