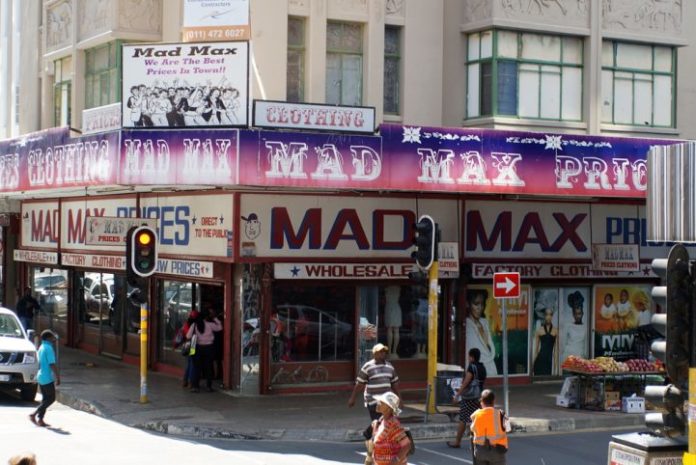 Remittances outpace foreign aid and investment in much of the world, but transfer companies can skim a significant percentage.

When Ismail Ahmed was a schoolboy in Somaliland, he received remittances from his brother, one of thousands of Somalis who went to work in the Saudi Arabian oil industry. After Ahmed left Somaliland to study economics in London, he himself sent remittances to relatives back home. He used traditional money transfer models controlled by agents of large companies — a process both costly and cumbersome. He wondered if there wasn’t a better way.

Now WorldRemit, a company Ahmed founded in 2010, is one of the leaders in the transition to lower-cost digital transfers. It has competitors, such as Paypal’s Xoom and TransferWise, founded by Estonian entrepreneurs in 2011. Who will prevail in the global marketplace is still to be seen. But so far WorldRemit is the one with the greatest momentum in Africa.

Remittances are a vital component of the global economy and of African economies in particular. Annual remittance flows to low- and middle-income countries are likely to reach $550 billion in 2019. That would make remittance flows larger than either foreign direct investment or official development assistance flows to these same countries.

Families in Africa, Latin America, and other parts of the world depend on remittances from relatives working abroad for daily survival and special expenses — to pay school tuition or medical fees, repair or build homes, or invest in new livelihood enterprises.

Worldwide, remittances are a critical, if underestimated, component of national income. Nigeria, for example, received remittances of $24.3 billion in 2018, accounting for over 6 percent of the country’s national income. In some African countries the percentage is even higher.

Remittances could have far greater impact if not for the high transaction costs going to banks and dominant money transfer agents such as Western Union. Sending money through these channels incurs an average of 7 percent in fees, and in sub-Saharan Africa, 9 percent.

This means that a nurse in New York who works extra shifts to send money to her family in Malawi loses almost a tenth of the value of every transfer she sends. The Sustainable Development Goals set by the United Nations target a rate of just 3 percent for such transfers.

New digital technology, however, can lower costs, make transfers more convenient, and protect against risks of fraud or money laundering.

After his studies, Ahmed worked for the United Nations on a remittance program for Somalia. He was fired in 2006 after he uncovered corruption in that program. But he filed a complaint with the UN as a whistleblower, and four years later won compensation of £200,000. He used these funds to launch WorldRemit.

Its innovative model allows people to send remittances digitally with a computer, or with a smartphone and an app. In an email interview in April, WorldRemit Middle East and Africa managing director Andrew Stewart, based in Johannesburg, said that most of their customers “choose to send via smartphone, and over 90 percent of all transactions are authorized in less than 10 minutes.”

The digital model is much cheaper than offline transfers, which are still the most common, Stewart noted. “The vast majority of remittances today are still sent offline at corner shops and bricks-and-mortar money transfer agents. People in the diaspora have to find the time in their busy lives, many working multiple jobs, to visit a money transfer agent during business hours and then pay extortionate fees to send money home.”

With digital transfers, the sender can check out comparative prices for any country pair and mode of transfer with services such as Monito. Since exchange rates and fees differ from day to day, the prices are updated in real time. For example, checking United States to India gives five different options, including TransferWise and several lesser-known companies. (WorldRemit is not currently available for that transfer, but it turns up as the cheapest option for most African countries and even for USA to Jamaica transfers.)

The company sends money to 40 African countries and 100 countries in other parts of the world.

I came across WorldRemit in March of this year when trying to send a donation to a local organization in Maputo, Mozambique, that was raising funds for the victims of Cyclone Idai. Using my local bank in Washington, DC, would be, I knew from experience, time-consuming and costly. I checked out my options on Monito for Mozambique, and found that WorldRemit was not only the cheapest but also the only way to send funds online to a bank account in Mozambique. For sending money to Kenya, which has pioneered mobile money payments, the options are even wider. Families can receive funds through mobile money accounts, pick up cash at a bank, or receive airtime on several mobile phone networks.

WorldRemit is now targeting making it possible to send money between African countries. It has started with South Africa, where the workforce includes many migrants from other African countries. Remittance transfers from South Africa have long been among the most expensive in the world, with fees averaging 15 percent or more. But WorldRemit is now able to offer average rates below 4 percent from South Africa to neighboring countries such as Zimbabwe and Mozambique.

According to the company’s research, remittances help 3.5 million children worldwide go to school each year. If all remittances were sent through cheaper digital transfers, as much as $825 million could be unlocked for families to spend on education or other basic needs.

The United Nations has included remittances in its sustainable development goals, and is raising consciousness through an annual International Day on Family Remittances. The World Bank is collecting data and researching the impact of remittances. But so far, these efforts have failed to generate specific proposals for governments to assist in lowering the cost of sending to the goal of 3 percent.

Given that reality, reaching that goal will depend for the time being on the advance of digital technology in the private sector. WorldRemit may or may not end up leading in this space, as bigger players become more involved. But given the cost advantages to senders and the rapidly evolving technology, the outlook seems promising for a rapid shift in the direction Ismail Ahmed foresaw.