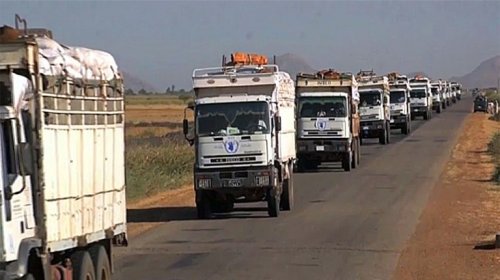 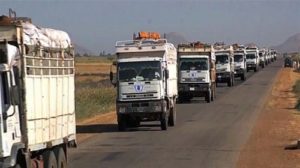 August 10, 2018 (JUBA) – The United Nations Security Council Friday said alarmed by the level of food insecurity in South Sudan and called to allow unfettered humanitarian access to the needy in the troubled country.

The Council was briefed on the humanitarian and security situations in South Sudan by UN Undersecretary-General for Humanitarian Affairs Mark Lowcock, UN secretary-general’s special envoy for Sudan and South Sudan Nicholas Haysom, and head of the UN mission in South Sudan David Shearer.

Following the meeting British Ambassador Karen Pierce who is also the chair of the Council for August briefed the media on the meeting and pointed that it took place within the context of the resolution 2417 (2018) which demands the Secretary-General to report to the Security Council on the risk of starvation of civilians as a method of warfare and the unlawful denial of humanitarian access to civilian populations in the armed conflicts.

“The members of the Security Council expressed grave concern about the level of food insecurity in South Sudan, they stressed the ongoing conflict is one of the main and direct causes of the food insecurity crisis in that country,” Pierce said.

She reiterated the Council demand to the warring parties to allow “safe and timely and unhindered humanitarian access to the civilians in the conflict zones.

The Troika countries in a statement on Friday took note of the reduced clashes in the country but demanded further significant reduction in violence, and all parties taking measures to allow full humanitarian access.

The British diplomat said the Council stick to the ceasefire agreements and to demonstrate their commitment to fully implement and finalize a more inclusive revitalized peace agreement.

Also, the 15-member body welcomed the recent regional efforts to expedite the peace process and to end the conflict and stressed its support to the IGAD role.

The Troika and the Security Council statements come as the IGAD decided to give the parties until the 19 of August before to end the talks on the implementation matrix and some issues related to the governance deal.