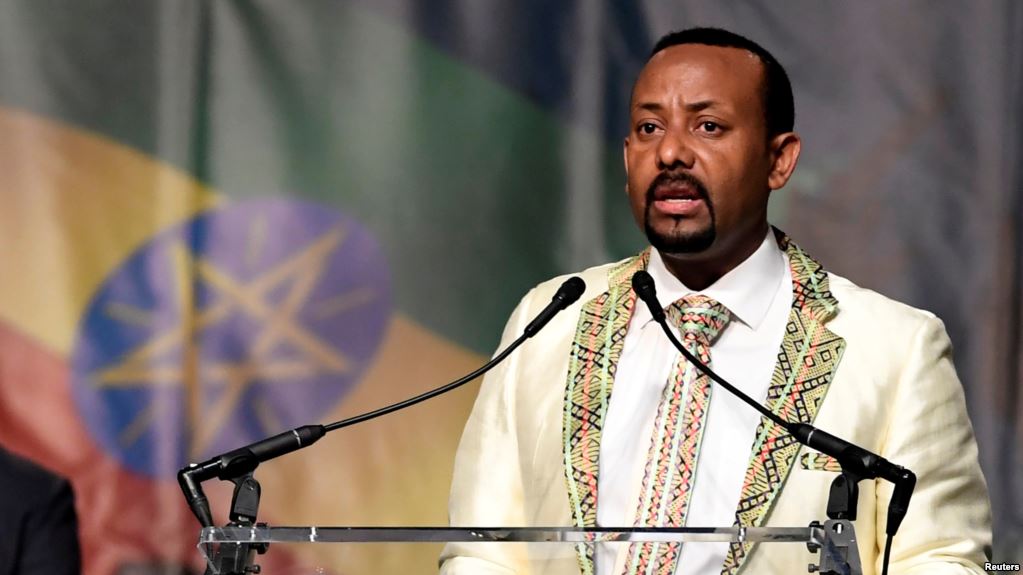 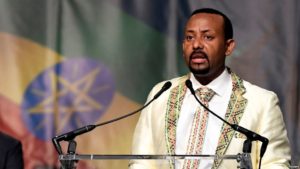 FILE – Ethiopia’s Prime Minister Abiy Ahmed addresses his country’s diaspora, the largest outside Ethiopia, calling on them to return, invest and support their native land. He spoke in Washington, July 28, 2018.

WASHINGTON — Ethiopian Prime Minister Abiy Ahmed said Saturday that Ethiopia would remain a unified country, despite what he characterized as “a lot of people talking” about secession with divisive rhetoric and false accusations.

Abiy said on state television that the suggestions of dissolving the federal state were connected to ongoing conversations with government officials in the Somali region to restore calm after the abrupt ouster of the regional president, Abdi Mohamoud Omar.

“The people have social connections and live among each other,” Abiy said. “And to think that the people will separate just like that is a wrong way of thinking,” he added, speaking in Amharic about violence in the region.

On August 4, Ethiopian federal troops confronted regional forces in Jijiga, capital of the Somali region. That led to dozens of deaths, hundreds of displacements and Abdi’s resignation.

Residents in the region, more than 95 percent of whom are ethnic Somalis, are now sorting through the aftermath of the violent incident.

In the wake of the fighting, rumors and hearsay have spread quickly on social media.

In his remarks, Abiy acknowledged widespread rumors and misinformation online and within local communities and urged people to think carefully when presented with information that could be ideologically driven.

“It is important that Ethiopians deal with this with a calm spirit, and when some information comes, take their time to analyze it, and think about it and verify it, after asking questions about where the information comes from,” Abiy said.

Earlier this week, Addis Standard, an online, independent news organization focused on developments in Ethiopia, published a report about the federal army disarming the Liyu police, a special force based in the Somali region involved in the recent fighting, but then retracted the post after state TV said the information was based on an unsubstantiated rumor.

In a tweet, the news organization said its story came from a “senior military source.” 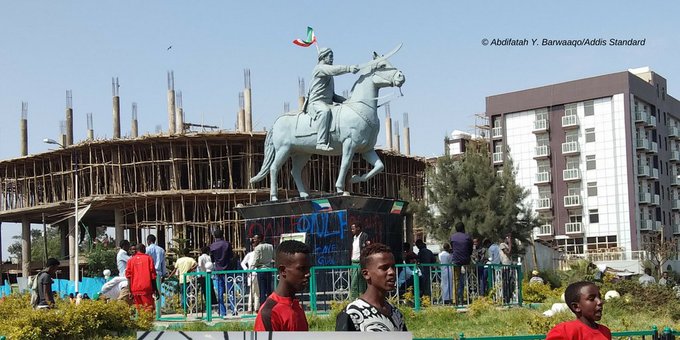 Update: ETV’s evening bulletin dismissed news of Liyu police as rumor. The news cast, who first appeared to confirm the info, later went on to say the defense force dismissed the new as rumor & misinformation. AS received the tip from as senior military source. Watch the clip. 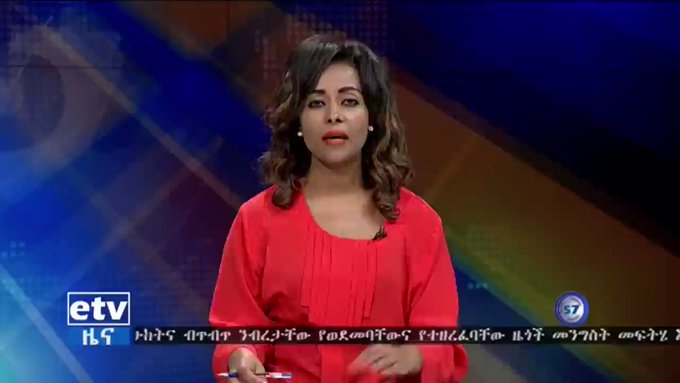 The Reuters news agency reported that to contain the spread of misinformation — and potentially thwart efforts to organize protests — internet access was blocked for days following the clash in Jijiga.

That step hasn’t been taken since the federal government lifted a state of emergency earlier this year.

Rights groups criticize internet blackouts, but some defend what they consider to be efforts to contain dangerous misinformation that could even cause harm by inciting reprisal attacks.

Beyond controlling the flow of information, internet shutdowns also affect local economies. Advocacy groups and think tanks estimate that the blackout in eastern Ethiopia has cost more than $125,000.

“The internet (social media) has brought out the beast within our soul,” Taye Atske-selassie, Ethiopia’s ambassador to Egypt, tweeted. “The burning question is shall we keep on glamorising the internet or check it so that it isn’t used to incite the killing a fellow human; i.e human rights violations.”

Despite a renewed commitment from the government to respect free expression online, Ethiopia has shut down the internet in the entire eastern part of the country amid growing tensions.

The internet(social media)has brought out the beast within our soul.Has revealed the ordeal & mayhem of mankind.The burning question is shall we keep on glamorising the internet or check it so that it isn’t used to incite the killing a fellow human; i.e human rights violations

Other government officials have used social media in an attempt to sway public opinion.

“He called on the locals to resist, to fight back. And he used language that could be considered tribal in nature,” Zecharias Zelalem, an Ethiopian journalist who focuses on events in East Africa for the news site OPride.com, told VOA.

That included making thinly veiled references to taking up arms against the Oromos, one of Ethiopia’s ethnic groups.

“He is not someone whom I could see playing a part to reconcile the different feuding entities in Jijiga and in the Somali region,” Zecharias added.

Meetings between Abiy and the ousted regional president, known also as Abdi Illey, failed to produce a breakthrough.

“There was no way that an Ethiopia with both Prime Minister Abiy Ahmed and (the) Somali regional government(’s) Abdi Mohamoud Omar would be compatible,” Zecharias said.

The conflict spilled over earlier this month, when forces under Abdi’s command stormed Dire Dawa, a city under federal jurisdiction.

That prompted the federal government to send troops to Jijiga, and experts have questioned the legality of both actions.

“By all accounts, it doesn’t seem to have been the best-executed plan on the part of the federal government,” Safia Aidid, a researcher and expert on the region, told VOA.

“On paper, it may or may not be [constitutional],” Zecharias said. But, he added, the regional government has violated the constitution on multiple occasions, with “a president who has gone rogue in many senses.”

For those living in areas affected by violence, whether deliberations in the coming weeks are inclusive and lead to lasting peace is all that matters.

“These are neighborly people. These are brotherly people,” Aidid said.

Abiy made his remarks Saturday after visiting the home of Abune Merkorios, a high-ranking leader of the Ethiopian Orthodox Tewahedo Church who, earlier this month, returned to Ethiopia after nearly three decades in exile in the U.S.

Merkorios’ return follows the resolution of long-standing divisions within the church after deliberations mediated by Abiy.

It’s those kinds of discussions, based on facts and reconciliation, that Abiy hopes will create a path for peace in the Somali region.